The Walkthrough: Hilltoppers head to Louisville looking for something, anything 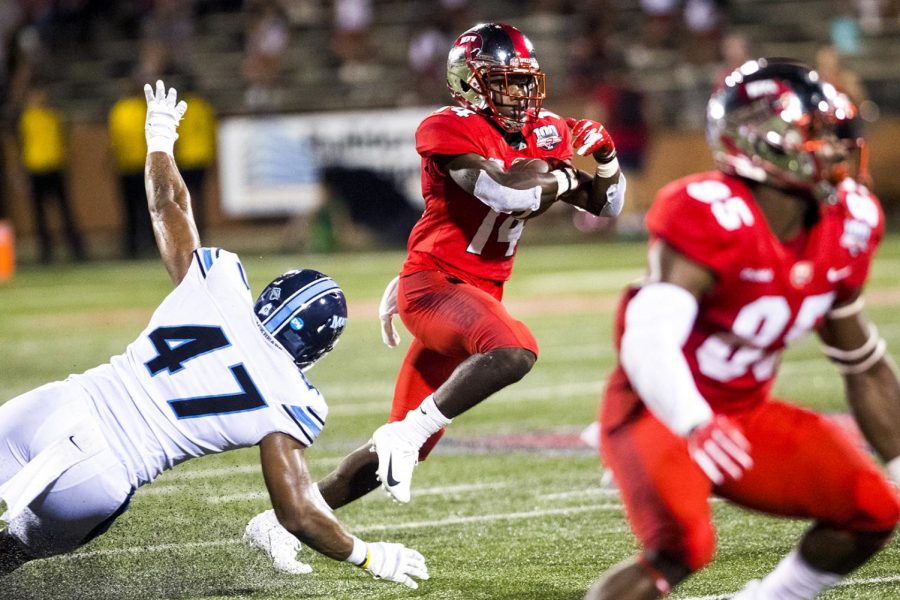 Where does WKU football go from here?

After seemingly beating expectations in Week 1 against the No. 4 team in the country, the Hilltoppers went the wrong direction in Week 2, losing to Football Championship Subdivision opponent Maine 31-28 in disastrous fashion.

“It was a tough loss, it was a tough night,” head coach Mike Sanford said Monday. “It’s nowhere within any of our players, our coaches, myself, that we want to put that out there: a loss to an FCS team, and that’s what it was. Call it what it was.”

And now WKU has to go back on the road to play another Power 5 opponent in Louisville. The Cardinals are coming off a 31-7 win over Indiana State to improve their record to 1-1.

If there’s any sign of hope for the Hilltoppers, it’s that U of L is struggling to find its offensive identity after the departure of Lamar Jackson. The Cardinals’ top quarterback over two weeks is sophomore Jawon Pass. Pass is 28 for 53 for 341 yards, two touchdowns and three interceptions thus far in the year.

Freshman Malik Cunningham also saw action in the Indiana State game, going 6 for 7 for 75 yards and a touchdown.

“They’re two different players,” Sanford said of U of L’s quarterbacks. “Malik Cunningham, from a skill set standpoint he brings a lot [of] what they played with a year ago in terms of his dynamic abilities as a runner, you know, can make off-schedule throws. Jawon Pass is built like an NFL sturdy-bodied quarterback … I think very highly of him as a talent.”

WKU’s odds still aren’t favorable. ESPN gives WKU just a 7.2 percent chance to win, and the opening betting line favors Louisville by 21 points. With last week’s loss, the outlook on the Hilltoppers’ 2018 season got much more bleak than it was before.

Louisville is the second of two Power 5 opponents that WKU will play this year (Wisconsin was the first). To ask WKU to win this game is a huge undertaking. But WKU needs something positive to take away from Week 3.

The Hilltoppers are 0-2 for the first time since 2011. They’ve also got a loss to a FCS team on their record for the first time since that same year. The team’s leading rusher, Garland LaFrance, has just 37 rushing yards this year and the second-leading rusher is backup quarterback Davis Shanley. Redshirt senior quarterback Drew Eckels was sacked six times last week and ended up leaving the game with an injury. The Hilltoppers are 8 for 32 on third down. There’s a lot that’s gone wrong on the offensive side of the ball so far.

The Hilltopper defense has impressed in both games this year, recording a takeaway in each game (including a pick-six by redshirt sophomore safety Devon Key against Maine) and totaling seven sacks, which is already more than halfway to its 2017 total of 12. But WKU’s offense—namely the rushing offense—is in need of a strong four-quarter showing to gain confidence in the final couple games before Conference USA play starts.

U of L does provide the opportunity for a much-needed strong showing on the ground. The Cardinals’ defense allowed 102 yards to ISU running back Jaquan Keys last week. The Sycamores totaled 174 yards on the ground as a team. Prior to that, Alabama ran for 222 yards on Louisville’s defense in Week 1.

The Hilltoppers and Cardinals kick off in Cardinal Stadium at 6:30 p.m. Saturday.