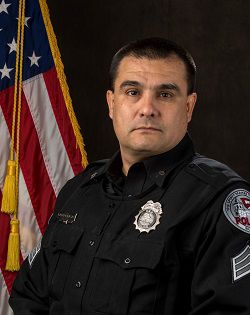 The Warren County Sheriff’s Office responded to a call about an unknown disturbance involving a firearm, WBKO reported. WKU Sergeant Rafael Casas, Sr., was found on the scene and told deputies he was having a dispute with his son, Rafael Casas, Jr., according to WBKO.

Casas, Jr. told deputies he and his father were arguing when Casas, Sr. punched him in his neck, then Casas Jr. retrieved a rifle and told his father if he touched him again he would “blow his head off,” WBKO reported. Deputies reported Casas, Sr. was intoxicated.

Casas, Sr. told deputies he slapped his son after Casas, Jr. began yelling at Casas, Sr.’s sister and then kicked him, according to WBKO.

Casas has been serving WKU Police Department since 2001, according to his staff profile.

He will be on paid leave pending investigation by the Warren County Sheriff’s Office, Gray said.

This story will be updated as it develops.