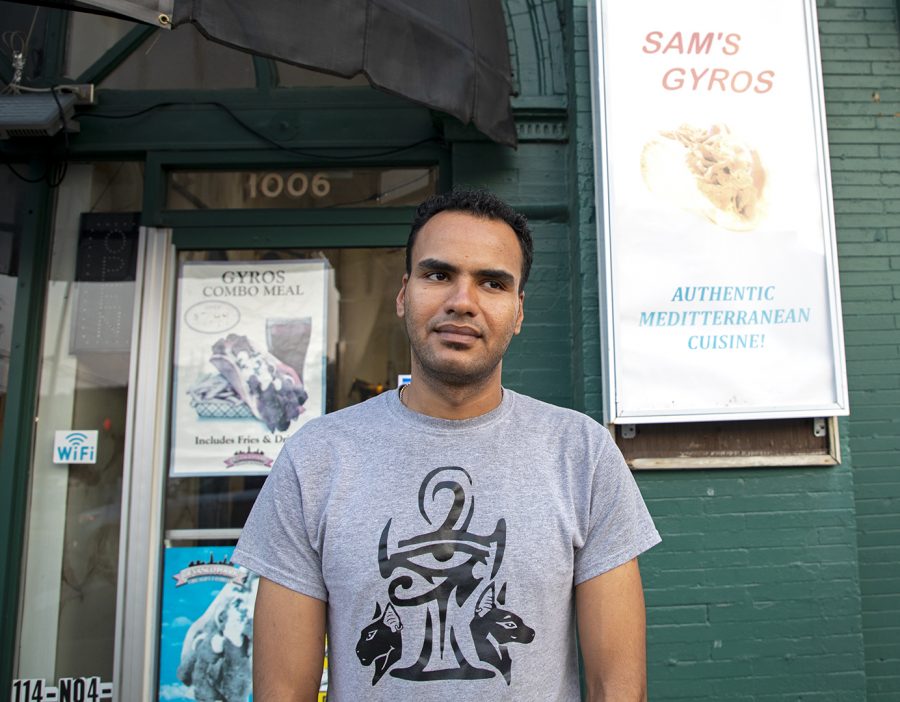 Peter Sedrak, 27, of Cairo Egypt, is the owner of three Sam’s Gyro locations in Bowling Green. The location he works at was open around April of this year at the square at 1006 State Street. The name Sam’s Gryo came from his Uncle who created the family business, marking this year about 15 years.

Sam’s Gyros, a fast-casual late-night Greek eatery, is among the latest additions to downtown Bowling Green.

Sam’s is a small restaurant with booth seating, dim lighting, a homey feel and is situated a block away from Mellow Mushroom. It’s a short walk from campus, making it perfect for a quick lunch or snack break. The State Street location opened last April and is currently single-handedly owned and operated by Peter Sedrak, a California native with a six-year history in the food service industry.

Sam’s Gyros is a chain that opened its first restaurant in Nashville in 2006 and has since spread to Elizabethtown, Louisville and Omaha, among other cities. In addition to the location on State Street, Sam’s has locations on Campbell Lane and in Greenwood Mall — all with similar offerings.

“I like that Bowling Green is kind of small, quiet,” Sedrak said. “The people are friendly here.”

Before officially moving to Bowling Green in spring 2018, he worked for several shorter stints at the city’s other two Sam’s Gyros franchises, filling in for managers on vacation.

Unlike many restaurateurs, Sedrak didn’t learn culinary technique at a school or through professional training. His first introduction to the world of food was through his family, originally from Egypt.

“It started when I was young… I’d go shopping with my mom, and she’d teach me [cooking],” Sedrak said.

Sedrak’s heritage also influences his culinary style. He makes dishes that he calls authentic, saying that locals like it because the dishes are “something they can’t find anywhere else.”

Brad Anthony, a Bowling Green local and co-owner of the campaign and clothing label “Keep BG Weird,” has frequented Sam’s Gyros since its early days. He said the combination of the restaurant’s international offerings and the owner’s personality have kept him coming back for more.

“He’s seasoned, he’s well-traveled and he’s been to a lot of places, but he’s decided to put down roots here,” Anthony said. “His story is incredible.”

Anthony also admires Sedrak’s devotion to his restaurant. As both the owner and sole employee of Sam’s, Sedrak has his hands full.

“He spends hours every night just making the baklava [a traditional Greek dessert] for the next day,” Anthony said.

Sedrak said he is currently working on plans to expand both the restaurant team and the menu.

“Kentucky likes beer, so the plan is to hopefully add liquor next month,” he said.