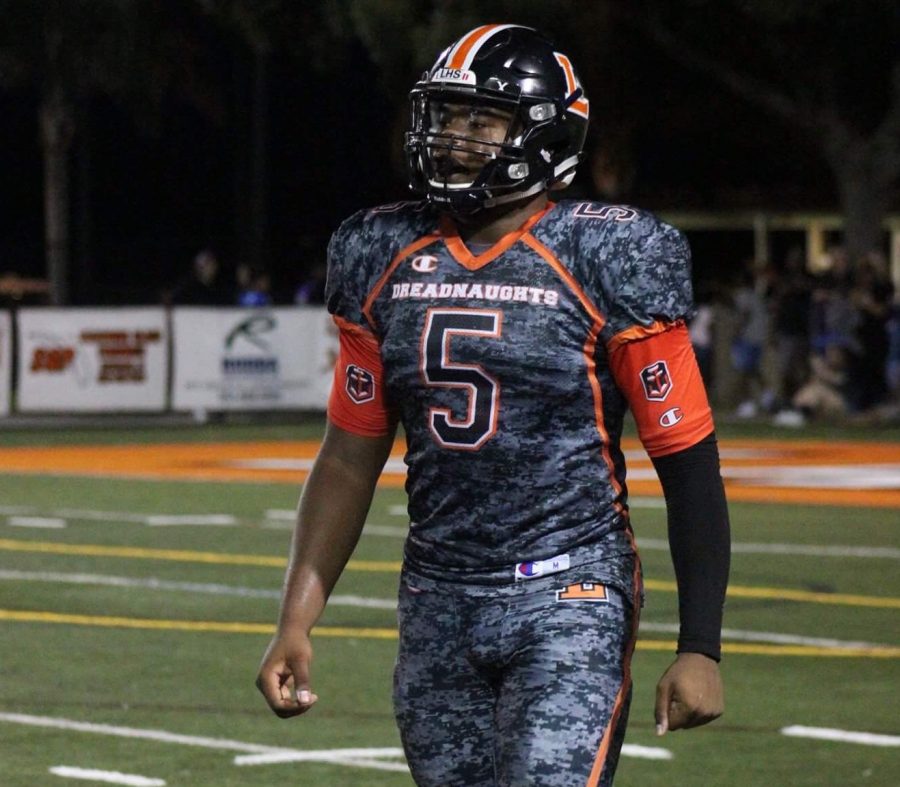 Kevaris Thomas became part of WKU football history when he joined the Hilltoppers, as he became the first ever four-star signee for the program.

But the 6-foot-4, 250-pound quarterback said he isn’t concerned about what his star rating was.

“Stars can’t really tell me what I can do,” Thomas said following the first scrimmage of fall camp on Saturday. “I could have been no stars, four stars. I was better off with zero because that motivated me. I don’t want to take the four-star hype thing to a whole other level.”

Thomas is from Lakeland, Florida, where he played at Lakeland High School. He achieved his four-star rating by throwing for 1,189 yards and 11 touchdowns in his senior season, while also rushing for 415 yards and another 11 touchdowns.

Thomas noted specific differences in the college game, and said there are adjustments he’s working on making this fall.

“In high school the plays were a lot simpler,” Thomas said. “But now it’s more advanced now that I’ve gotten to college. The signals, calling from the field, we don’t huddle up, that’s the hard part about it.”

Thomas said his fellow quarterbacks on the roster have helped in his transition.

“From my first day to now, it’s pretty good,” Thomas said of how he’s fitting in with his other quarterbacks. “We’re caught up a little bit, they don’t have to teach me as much. We’re all pretty even, I’m still a little bit back, but it’s pretty even.”

WKU features five players on the roster at quarterback this year, and Thomas is the only true freshman among them. Head coach Mike Sanford noted that he has work to do as a freshman, but Sanford and Thomas’ teammates praised the progress he’s made since arriving on campus in June.

“His sense of urgency and everything that he does from a practice standpoint, from a command of the offense standpoint, he needs that to speed up to the game of which it’s being played,” Sanford said. “And when he gets comfortable, and when he is playing with a sense of urgency, he’s a problem. We ended up going live with him in one of our live periods, so we put a red jersey on him just like the rest of the offense and let him run, and we saw what we needed to see. He’s going to be just fine with the ball in his hands.”

“He’s doing great,” Eckels said. “He’s a big kid, obviously, he’s pretty big. He has a great strong arm, he can run, I think that he fits really well into this offense.”

Eckels is the expected Week 1 starter when the Hilltoppers hit the road to take on Wisconsin on Aug. 31. But with the new NCAA rule allowing players to participate in four games and still redshirt, it’s more likely that Thomas will get playing time in his first season on the Hill.