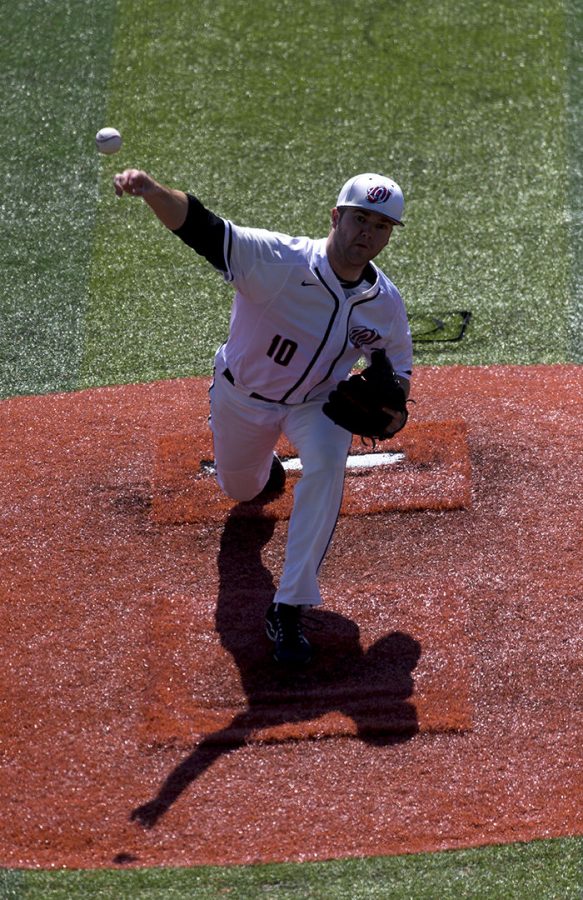 On Tuesday, Morrison was taken in the 10th round of the MLB Draft with the 301st overall pick. On Wednesday, Rhinesmith was selected by the Washington Nationals in the 18th round with the 551st overall pick.

Last season, Morrison had a 2.21 ERA in the closer role for the Hilltoppers. He collected seven saves over the course of the season and was selected for the All-Conference USA Second Team. Morrison was also one of the team’s best academic performers, making the C-USA All-Academic Team and graduating with a 4.0 GPA.

Morrison and Rhinesmith are the 55th and 56th Hilltoppers to be drafted in program history. WKU has had 21 players drafted in the last 10 years.

Morrison and Rhinesmith could become the Hilltoppers’ 107th and 108th players to sign a professional contract. The MLB’s assigned value for Morrison’s contract will be $139,100.

The two draftees helped the Hilltoppers to contend for a C-USA Tournament spot for most of the year, until the team lost 10 of its last 11 games and finished in 10th place in Conference USA, missing the C-USA Tournament.