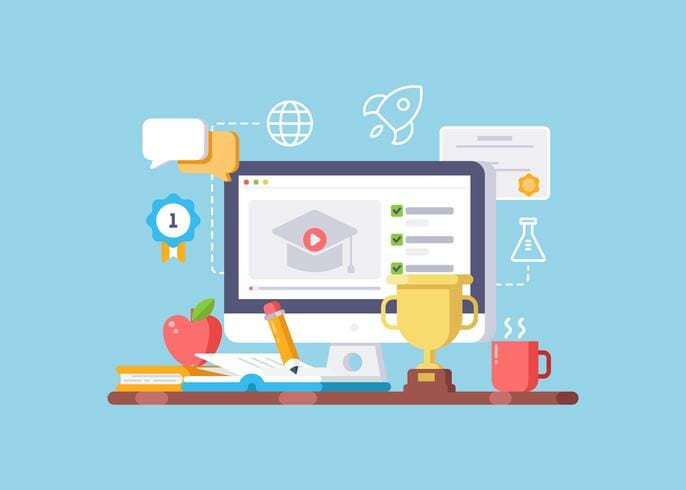 In the wake of multiple teacher strikes that have prompted national attention towards educators’ salaries and education spending, the U.S. Census Bureau just released its updated Annual Survey of School System Finances covering Fiscal Year 2016. According to the report, total current spending of public elementary-secondary school systems for the U.S. in 2016 was $587 billion, a 3.3% increase from 2015. With over 48 million students enrolled in school in the U.S., the per pupil current spending nationwide is $11,762, an increase of 3.2% since 2015.

Whether increased spending yields better outcomes or is a sign of bloated administrative costs is controversial. A recent study conducted by the University of California, Berkeley has indicated that higher education spending correlates with higher scores on the federal NAEP exam, while another study from the National Center for Education Evaluation and Regional Assistance reported no correlation between spending and test scores or graduation rates. Critics of educational spending argue that too much of the education budget (almost 40% at the national level) is allocated for teacher salaries, which average $58,950 nationwide, and should be spent on other programs and resources for students.

While in part funded from federal sources, public education in the U.S. is predominantly financed by state and local revenue sources, which creates large disparities in spending across states. To identify which states spend the most and least on public education, Credit Sesame, a credit score and financial management platform, analyzed the most recent U.S. Census Bureau data released in May of 2018. To compare spending figures against teacher salaries and student outcomes, Credit Sesame also incorporated data from the National Education Association, U.S. Department of Education, and the National Assessment of Educational Progress (NAEP).

Based on the analysis, states in the Northeast tend to spend the most money per pupil, with New York (ranked #1) spending three times more per pupil than Utah (ranked #51). 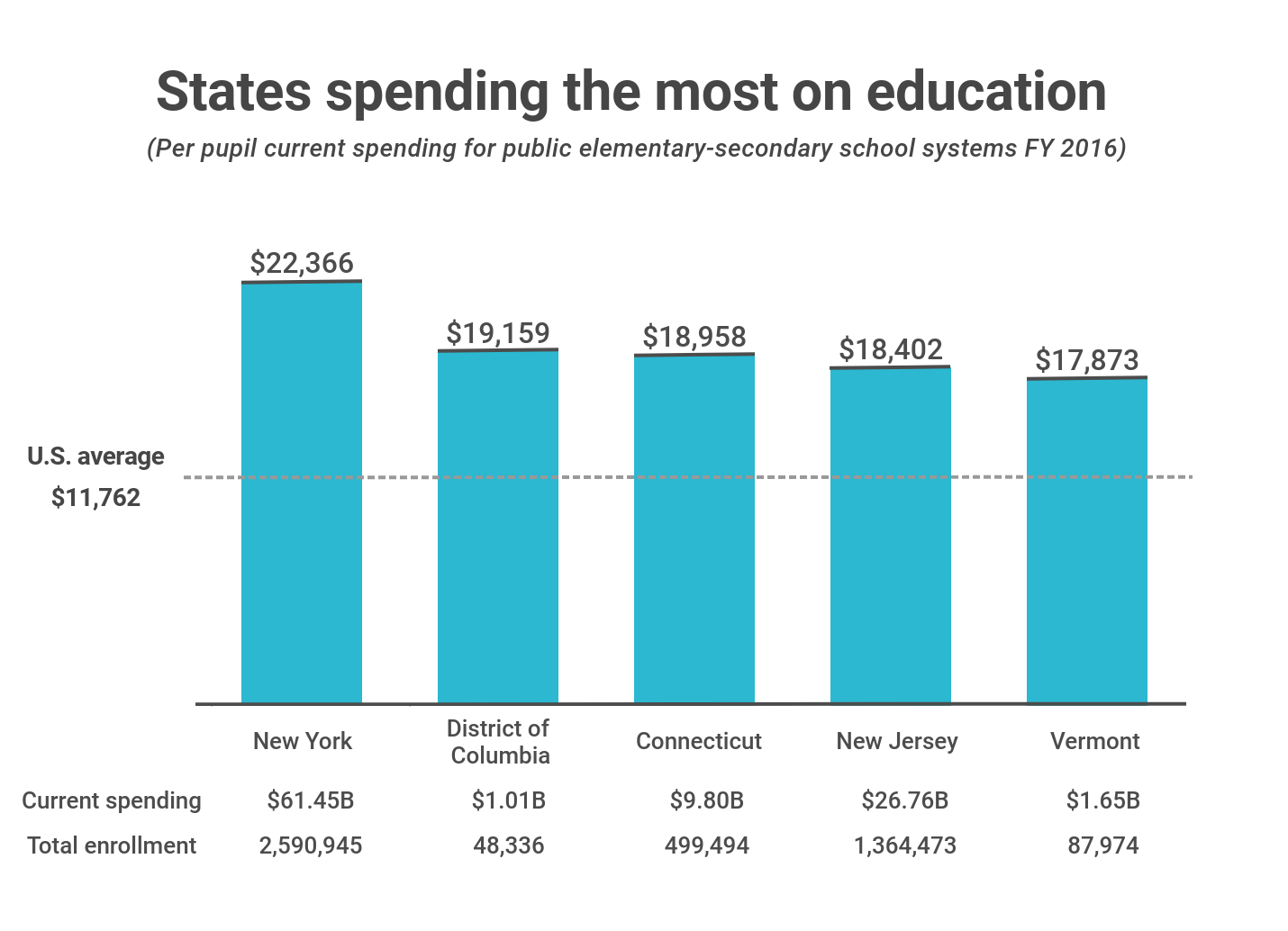 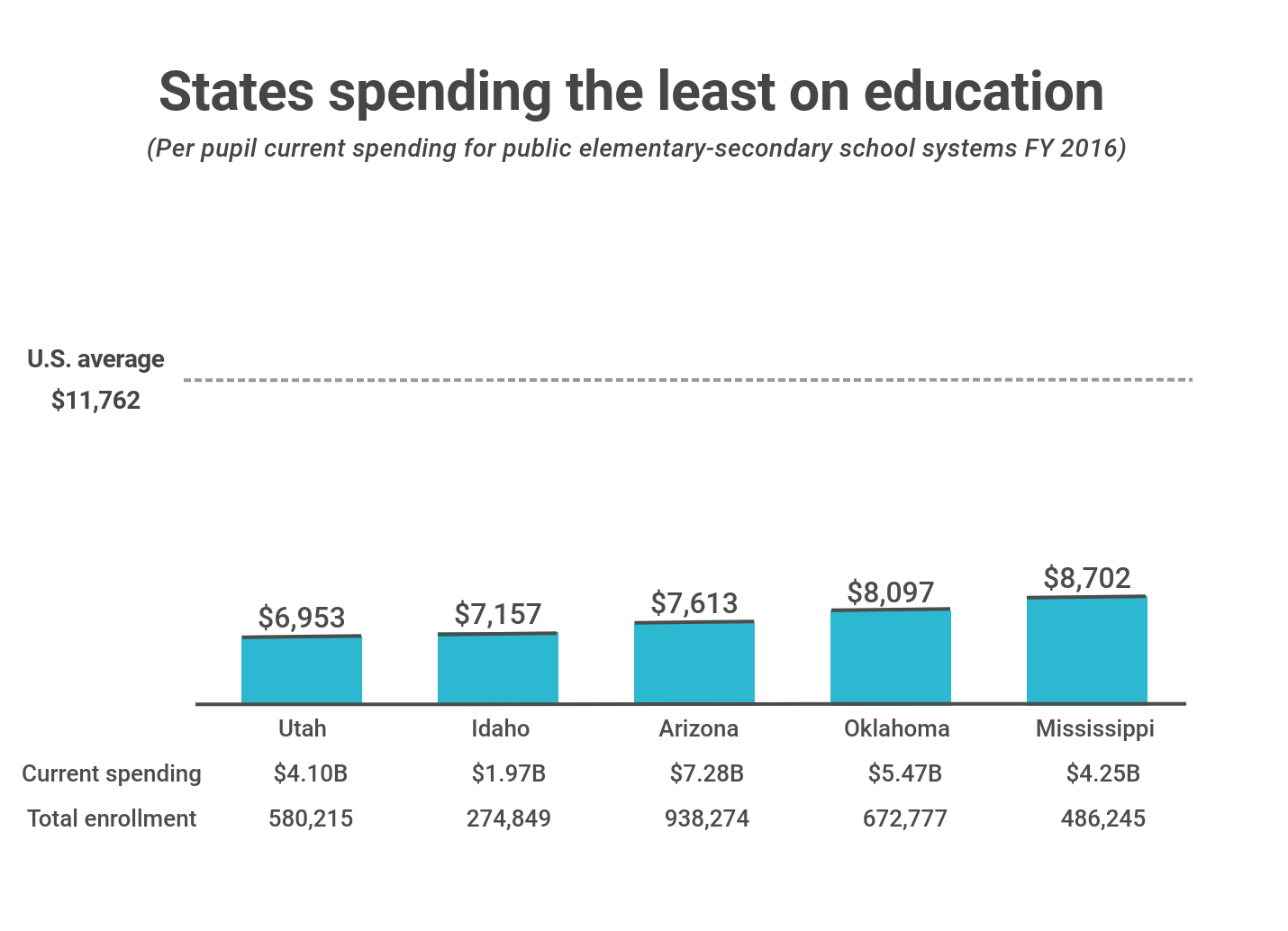 At the state level, per pupil spending is strongly correlated with average teacher salaries, which makes sense given the large portion of the budget that goes towards instructor salaries. However, when comparing state-level student outcomes (such as NAEP scores and graduation rates) with per pupil current spending, Credit Sesame found no obvious correlations—meaning that states spending the most per student today don’t appear to have better outcomes. In fact, some states such as Washington, D.C., Alaska, and Hawaii have significantly above average spending and below average academic performance. Conversely, states such as Utah, Indiana, Colorado, and Idaho appear to be doing more with less. Their students outperform those in other states on national assessments despite below average spending. 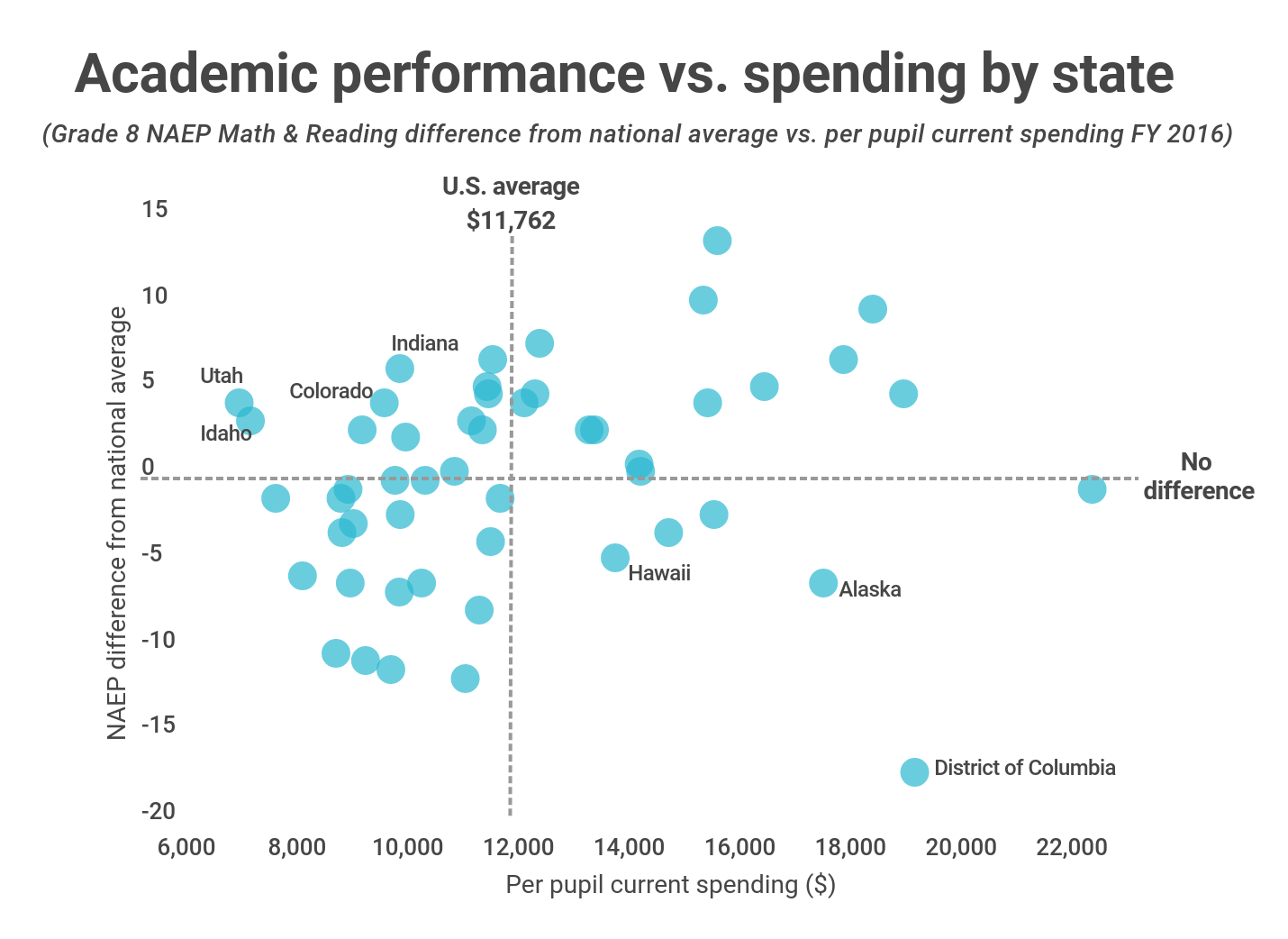 This analysis suggests that when it comes to improving academic performance, the availability of funds is only part of the equation. Where, when, and how such funds are deployed are likely more impactful than the total amount being spent. That said, whether you’re a new parent evaluating public school options in your state or just a concerned citizen, the list below—ranked by per pupil current spending—will show how your state stacks up.