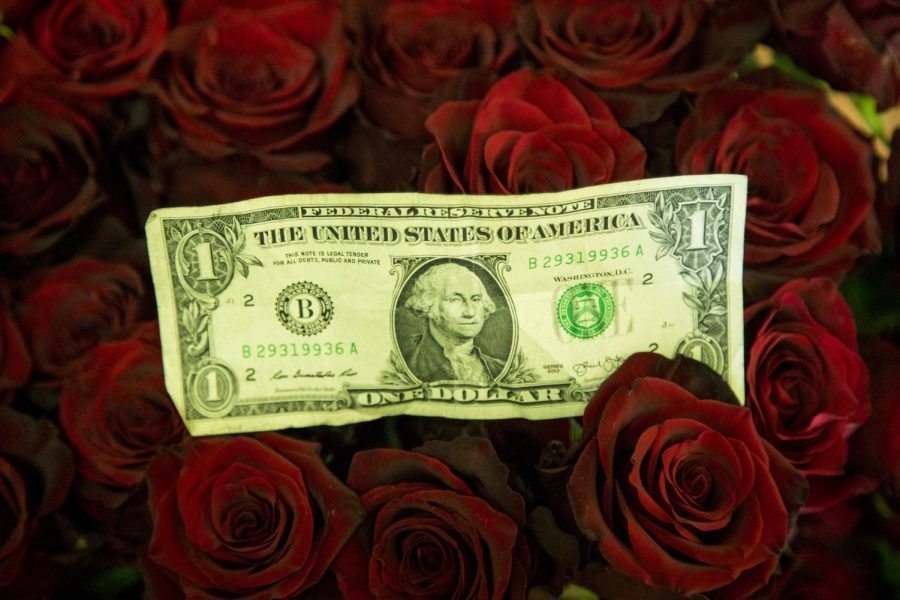 The WKU Floral Shop will close on May 6 after local florists have complained the shop was unfairly subsidized competition.

According to the statement released by Bob Skipper, director of media relations, “a group of floral business owners” from Bowling Green and Simpson County approached WKU last September, “claiming that the WKU Floral Shop represented unfair market competition because it is partially subsidized by a public university.”

In a public Facebook post by Christal Smith McKinney, who according to her LinkedIn profile information, is an alumna of WKU, said the charge to close the Floral Shop was led by Warren County Judge-Executive Michael Buchanon.

Buchanon, according to business registration information filed with the Kentucky secretary of state’s office, is the president of Deemer Floral Co., a local floral shop on Lehman Avenue in Bowling Green.

Buchanon publicly commented on McKinney’s status and said all the privately owned florists in the region have opposed WKU and “their publicly funded Flower Shop competing against privately funded taxpaying businesses.”

He said this feud has been ongoing and dates back to former President Gary Ransdell who, he said, often dismissed the objections of local flower shop owners.

“WKU’s Flower Shop has had the use of publicly owned building facilities, floral products, equipment and supplies paid for with mine and your tax dollars, and delivered in University owned delivery vans with Official State license tags. – all paid for with taxes you paid,” Buchanon said in his comment.

The Floral Shop is a revenue dependent program, and these programs generate funds independently from the university.

Buchanon also pushed back on the assertion made by McKinney that the shop’s closure came as a result of Buchanon asking a favor of Gov. Matt Bevin to pressure the university to close the shop.

Buchanon said Bevin had nothing to do with the situation.

The Herald has filed an open records request for email correspondence between Buchanon and the governor, as well as those in the governor’s office, and reached out to his office for comment.

“If you want to know if I’m against the university publicly funding a retail business to compete against privately owned businesses in the same market region. Yes I am,” Buchanon said in his comment.

According to the statement Skipper released, WKU officials made a good faith effort to address the questions and concerns of the local florists, and sought to find a solution that would have allowed the shop to continue operating under a public-private partnership.

“Unfortunately, this was not acceptable to the group, and the University was unable to resolve their concerns,” the statement reads.

The shop also doubles as a Design Training Center for students. Courses that use the shop’s space include Introduction to Floral Design, Advanced Floral Design and Wedding Floral Design, according to their website.

The Herald reached out to Roger Dennis, director of the Floral Design and Training Center, but he declined to comment at this time. According to his WKU bio, Dennis is the instructor for the three courses that use the training center.

In a statement provided to the Herald, Paul Woosley, director of the Agriculture & Research Education Center, said the floral design center has been applauded as a student-centric program with applied learning opportunities.

“It has supplied numerous students with hands-on learning experiences that relate to managing a small business. It has been the showcase of the program and a source of outreach for the university,” Woosley said in his statement. “Its closing would be a detriment to WKU students.”

David Houk, the president and director of The Cedar Flowers & Gifts Inc. according to business registration information filed with the secretary of state’s office  and confirmed by his Facebook profile, said he was one of the nine regional florists who has also been working to shut down the Floral Shop.

“You can blame anyone you want, truth is we all nine of us worked for the same goal. I have supported WKU since I went to school there in the early 70’s, I will still support WKU, but a state fun[d]ed flower shop is just not right, however you cut it,” Houk said in his comment.

Roainn Ridley, the owner of Mackenzie’s Flowers in Bowling Green according to her Facebook profile, also confirmed she was one of the nine local florists who has been working to close the Floral Shop.

“Those in leadership at WKU who are responsible for the difficult task of making budget cuts have the information needed to accomplish their goals,” Ridley said in her comment.

Because of WKU’s current budget deficit, “the University determined that it is in the institution’s best interest not to engage in a dispute with community business owners,” and the WKU Floral Shop will close on May 6, the statement said.

Skipper said in an email that there will not be a Request for Proposal released regarding entering into a “public-private partnership that would allow us to maintain the operation of the WKU Floral Shop.”

Skipper said classes held in the Floral Shop and Floral Design Training Center will continue in the same building. Skipper also said he did not know what would happen to positions held by faculty who work at the shop.

The WKU Floral Shop will complete any orders and services that have already been arranged with the shop, according to the statement.

Print managing editor Monica Kast can be reached at 270-745-6011 or [email protected] Follow her on Twitter at @monicakast_kast.