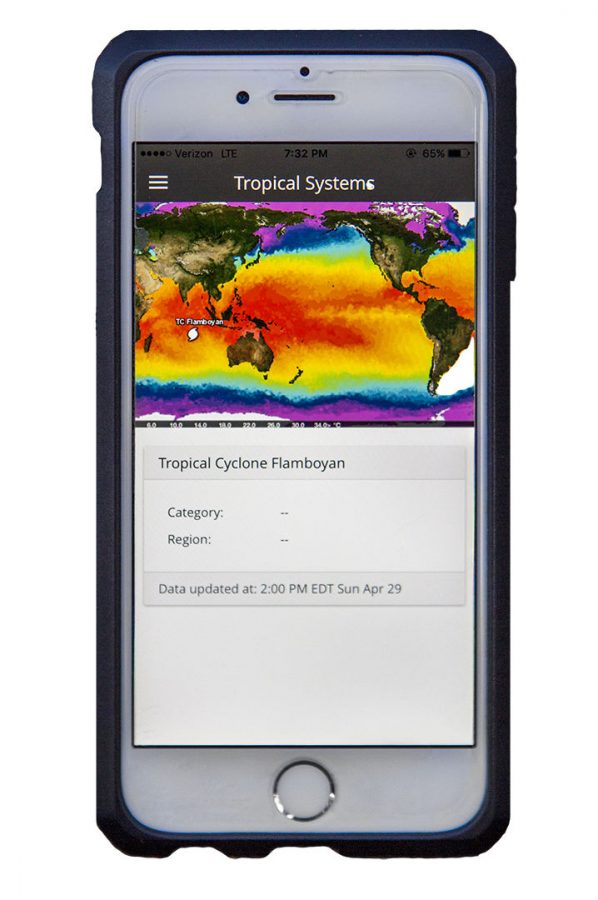 White Squirrel Weather is a student run website and app that has real time forecast weather content. Their goal is to make the university and community aware of basic weather conditions as well as emergencies and hazardous weather conditions.

A weather and climate monitoring system at WKU has created a new weather app to provide weather updates in Kentucky.

The Kentucky Mesonet is a statewide weather monitoring system with offices located in the Environmental Sciences and Technology Building. The mobile app is available for Android and ISO to monitor the weather in Kentucky.

“We’ve been interested in creating an app for years, and many people have been asking for one,” said Megan Schargorodski, manager of Kentucky Mesonet.

Schargorodski said they plan on advertising their app across the whole state through social media, the primary form of advertising. She said they have also considered other forms of advertising such as print ads but have not decided if they will advertise that way.

The free app updates weather data every five minutes, and it includes data about air temperature, rainfall, solar radiation, humidity, dewpoint and wind speed and direction, according to its description on the Google App store. It uses the phone’s location services to find the closest Kentucky Mesonet station.

The Kentucky Mesonet has 70 stations in 68 counties, including Warren County.

Kentucky Mesonet consists of meteorologists, managers and students from WKU. They all help run the website or make sure the app is running and up-to-date.

This is the second WKU-related weather app available for download. White Squirrel Weather, a weather monitoring service for the WKU community, also created an app. The app provides weather updates for main campus, South Campus and the three regional campuses.

Neither of the apps are able to be accessed through the iWKU app. Both weather services update Twitter daily with weather information. The apps are available for download on the Android and IOS app stores.

News reporter Camryn Smith can be reached at 270-745-6011 and [email protected] Follow Camryn Smith on Twitter at @camryn_smith56.