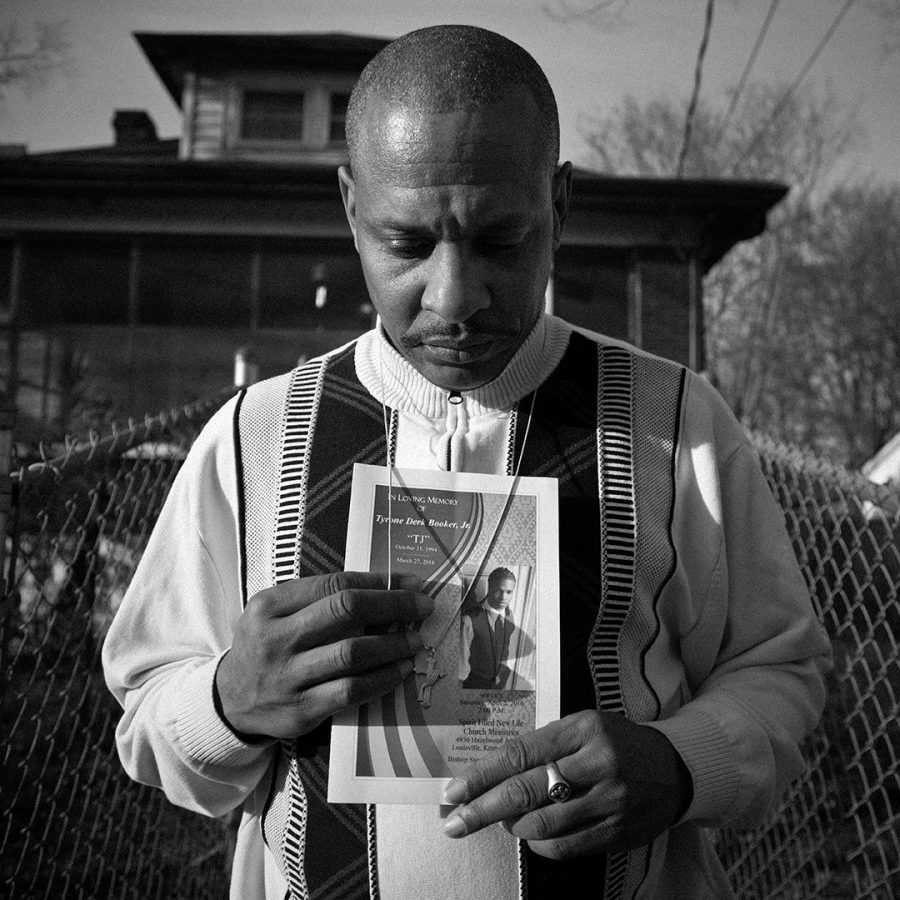 Deacon Tyrone Booker Sr. holds the obituary of his son, Tyrone Booker Jr., who was murdered on March 27, 2016. “I was mad. I was furious. I asked, ‘God, why did you do this? Why did you let this happen?’ Then he gave me my answer: because your son was in involved in the wrong things, so I had to get him out of it,” Booker said. “You keep doing what you doing you will end up in someone’s grave site and now he’s in someone’s grave site.”