Farewell from the Editor: Goodbye Western, I Hardly Knew Ye 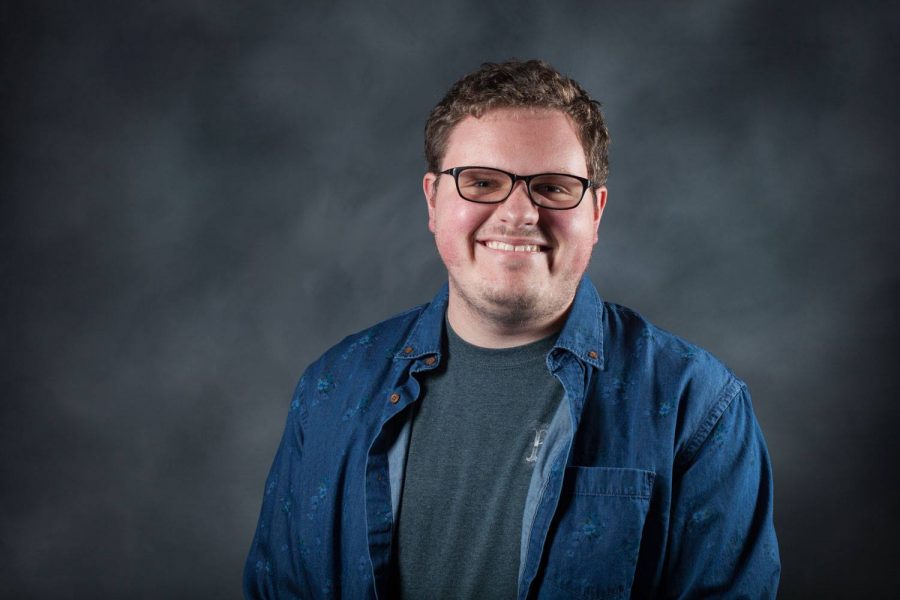 Andrew Henderson is the editor-in-chief of the College Heights Herald for the 2017-2018 academic year.

I graduate in a couple of hours, but I’d be remiss if I didn’t give a final goodbye to WKU, to the community I’ve written about and reported on all of my four years here.

These are the final words I’ll write as the editor-in-chief of the College Heights Herald. This isn’t to say they’ll be especially profound or anything, but I just wanted you to know upfront.

It was the second week of my freshman year when I walked into the newsroom of the Herald. I was fresh off the heels of losing a Student Government Association election. I saw the Herald as a good alternative because I was involved with my high school newspaper (which didn’t prepare me at all, a college newspaper is a different beast).

Looking back, I’ve never been happier to have lost something before.

Also looking back, I never felt more in over my head. I vividly remember my first story for the Herald: a story about Candle Makers on the Square.

I was giddy for the opportunity. I remember grabbing a composition notebook and walking down there and interviewing the woman working the register.

My first draft of that story was awful, complete and utter garbage. I turned in a first-person narrative of my experience at the candle shop. I was devastated and felt sure I would be fired after my first assignment.

Luckily, my first editor, Kae Holloway, didn’t fire me. What a relief, right? Kae, and so many other editors, professional staff and friends, have helped me grow as a writer, reporter and person during my time at the Herald. I can’t even begin to express my gratitude to so many of them.

As I said at the beginning, I’ve written a lot of different stories while at the Herald. These past few days I’ve reflected a lot on those stories, and about the people who let me into their lives for a brief moment.

WKU’s first ever drag show, which has continued to grow.

Oh, and the time I went ghost hunting. What a ride that was.

I’ve also done a good share of news reporting, including a handful of University Senate and Board of Regents meetings, and a couple of SGA meetings sprinkled here and there. The budget deficit and job eliminations this semester have also added to this repertoire.

I’m especially proud of my work on stories about the Confucius Institute, WKU’s use of international agents and the trust SGA President Andi Dahmer placed in the Herald to publicly tell her story of harassment.

Perhaps the most fun I had, however, was as opinion editor. I wrote about student fees, racism, voting rights, renters’ rights and a fairness ordinance for Bowling Green among many other topics.

I even took up the entire editorial page for our first print issue last spring semester writing about how I was, and still am, furious that this university picked President Timothy Caboni in secret.

The most pushback my writing has received often came when I was expressing my opinions on WKU’s decision to sue the Herald so WKU could avoid releasing records of Title IX investigations into faculty and staff who violated the university’s sexual misconduct policy.

A decision I still firmly believe will place WKU in the wrong once the history books are written.

I believe I fared rather well in laying out the Herald’s reasoning for wanting those records.

But, I probably struck a nerve when I said President Gary Ransdell was peddling ludicrous fairytales about our lawsuit, and that WKU has awarded privacy to sexual predators and forfeited the safety of students here and students elsewhere.

Additional pushback came when I wrote about WKU stealing…sorry, I mean “allocating” half of the Herald’s reserve funds, amounting to more than $50,000. These funds were raised by the direct efforts of students. I was later told saying WKU stole our money was a bit brash.

Bob Skipper, director of media relations, told the Daily News my decision to cast WKU as a thief was an effort to “sensationalize a story.”

Point being, I’ve spent a lot of time reporting on and being very opinionated about this university.

Now my time is over. I don’t have any more time to write editorials, or report on budget deficits or sit through hours-long regents meetings. And that’s fine, that’s how it should be. After this is published I will, supposedly, be laid to rest in the Herald basement with all the editors who came before me.

During my time here, WKU has drastically changed. A lot just in this past year, and certainly since I came here as a freshman. I can hardly even imagine the changes faculty and staff who have been here for decades can attest to.

In a few more years, WKU will not look the same as we have all come to know it. That’s not necessarily bad, it’s just what will happen. Gary Ransdell was around for 20 years and now he’s not.

I empathize with the decisions Caboni will have to make in the coming years, it’s never easy being the person who has to clean up another person’s mess. In this case, the mess was a multi-million dollar deficit.

As we’ve already seen, these decisions aren’t easy and they’ve translated to people losing their jobs, the elimination of an entire academic college, a likely tuition increase and a lot more.

While I empathize with these decisions, that’s not to say these decisions are above criticism. That’s what I don’t want any of you here at WKU to forget.

Whenever a decision is made, whenever a person is fired, whenever an academic program is impacted don’t feel like nothing can be done, or that everything is set in stone. If you don’t speak up and fight back then I can guarantee no one at the top will do it for you.

Demand transparency, demand accountability, demand equity, demand the voice of students, faculty and staff be heard. Don’t be content and comfortable with those in administration, including department heads and deans, making all the calls.

Every person at every level should have a say in the governance of this university. It’s called shared governance for a reason.

Make sure you’re always fighting to have a say in these decisions because you deserve one. I did that by yelling from a newspaper and online, so there’s no shortage of ways you can do it.

I hope my work here has had some sort of impact on those at WKU and in Bowling Green. I hope at some point you’ve felt better informed, or happy, or reflective, or maybe even angry.

Anyway, it’s been something, that’s for sure. Goodbye, WKU.