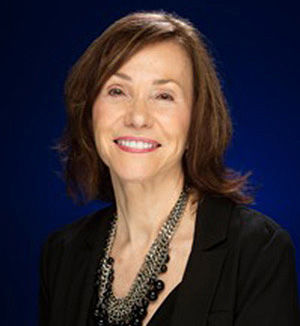 The new provost and vice president for academic affairs at WKU has been named, according to a release from WKU.

Terry Ballman, who is currently the dean of the College of Arts and Letters at California State University, San Bernardino, or CSUSB, will begin as provost and vice president for academic affairs on Aug. 1.

“I was drawn to the mission of WKU as a student-centered applied research university that prepares students of all backgrounds to succeed in a global society,” Ballman said in the press release. “After visiting WKU’s beautiful campus, and meeting with dedicated faculty, staff and students, I was even more intrigued with the opportunity to serve.”

Ballman visited WKU on April 19, and was one of three finalists for the position.

“Dr. Ballman brings with her a wide range of experience as an administrator and professor that will serve well in her role as WKU’s new provost,” President Timothy Caboni said in the release. “We look forward to her leadership as we develop our shared vision to elevate WKU for the next decade.”

Ballman has worked at multiple universities, including Western Carolina University, University of Northern Colorado, California State University in Long Beach and Binghamton University in New York, according to her curriculum vitae.

David Lee, who currently holds the position, will be retiring and serve as the first official historian for WKU. Lee has held the position of provost and vice president for academic affairs since August of 2015.

Print managing editor Monica Kast can be reached at 270-745-6011 or [email protected] Follow her on Twitter at @monica_kast.