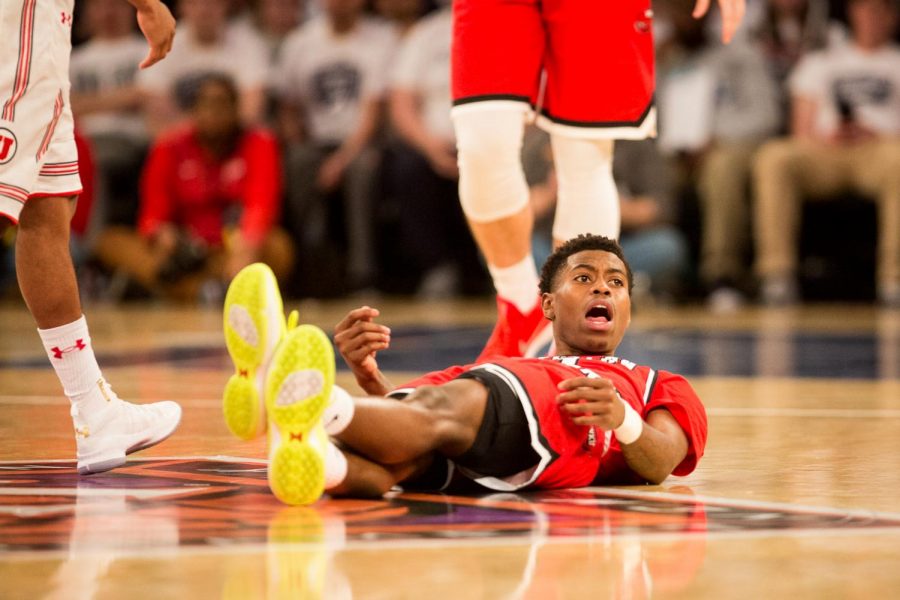 WKU guard Lamonte Bearden looks up for a call from the referee during the semifinals of the NIT Championship against Utah on Tuesday night. WKU lost 69-64.

Lamonte Bearden’s stay in Bowling Green was a brief one. Bearden told ESPN’s Jeff Goodman earlier today that he intends to sign with an agent and stay in this summer’s NBA Draft.

Bearden’s career started at the University of Buffalo in 2014. He played there for two seasons and made back-to-back NCAA tournament appearances, making the All-MAC Freshman team in 2014-15 while averaging 8 points and 4 assists per game. In a first round loss to Miami (FL), he scored 19 points and dished out three assists.

After the 2015-16 season, Bearden elected to transfer to WKU and joined the Hilltoppers for head coach Rick Stansbury’s first season on the Hill. Due to NCAA transfer rules, he was forced to sit out the entire 2016-2017 college basketball season. As a redshirt junior, Bearden started 34 of 38 games and averaged nearly 12 points, 3 assists, and 2 rebounds per game. In his debut with the Hilltoppers, he scored 24 points against Missouri State, the most points by a WKU newcomer since 2011.

Bearden will forgo his final year of eligibility in order to pursue a professional career. He was not invited to the NBA Draft Combine nor is he listed among ESPN’s top 100 draft prospects.