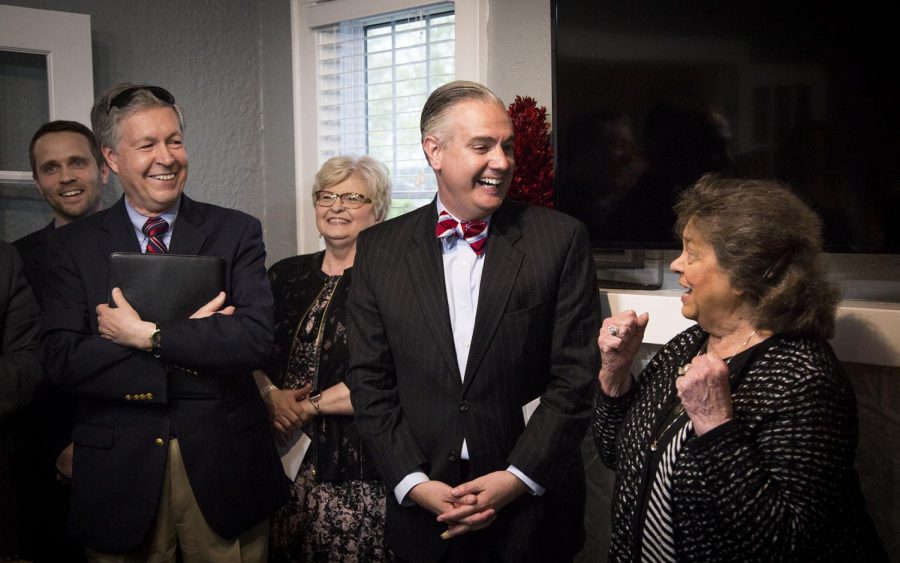 Barbara Burch was instrumental in the creation of the Kelly M. Burch Institute. Named after her late daughter, the institute focuses on innovative strategies to improve student success.

The Kelly M. Burch Institute for Transformative Practices in Higher Education, named in honor of the late daughter of provost emerita Barbara Burch, will work with faculty, staff and administration to incubate and implement new ideas.

Burch said the idea for the institute began as a way to both celebrate her daughter, who died in 2015, and to benefit WKU. Burch said she considered starting a scholarship but decided instead to establish a place where the priority was to help students.

“Kelly had a great love for teaching and her students,” Burch said.  “We knew [the institute] would be something she would be excited about and would love working with.”

Burch said the institute is a place for faculty and staff to research and examine current policies and practices for student success. The institute will report findings to the provost.

“It’s not an entity that will duplicate services that programs on campus provide but acts as a way to develop and document what is and isn’t working,” Burch said.

Although the grand opening was Monday, work has been happening since January 2018.

She said the institute receives no direct funding from WKU but is on the lookout for grants to help fund projects in the future.

Two WKU staff members will hold positions at the institute, as well as a 12-person advocacy board.

Pam Petty serves as the institute’s senior adviser. She has worked frequently with director Daniel Super on other projects for WKU, including an award-winning literacy course.

“We both have a common interest in being able to do more for students who could and should be successful,” Petty said.

Petty’s position as senior adviser will include forming strong partnerships with the faculty, staff and administrators they are working with and closely monitoring project progress.

Super, said he believes the mission of the institute is important because it provides a place for people looking to make changes to allow “those ideas to come into fruition.”

“There are so many people who work and care about WKU,” Super said. “Reorganization of this size and complexity can be difficult and discouraging to make things happen at this scale. Many don’t know where to start, and we believe the position we’re in can make a difference.”