Running back Quinton Baker removed from team, will transfer 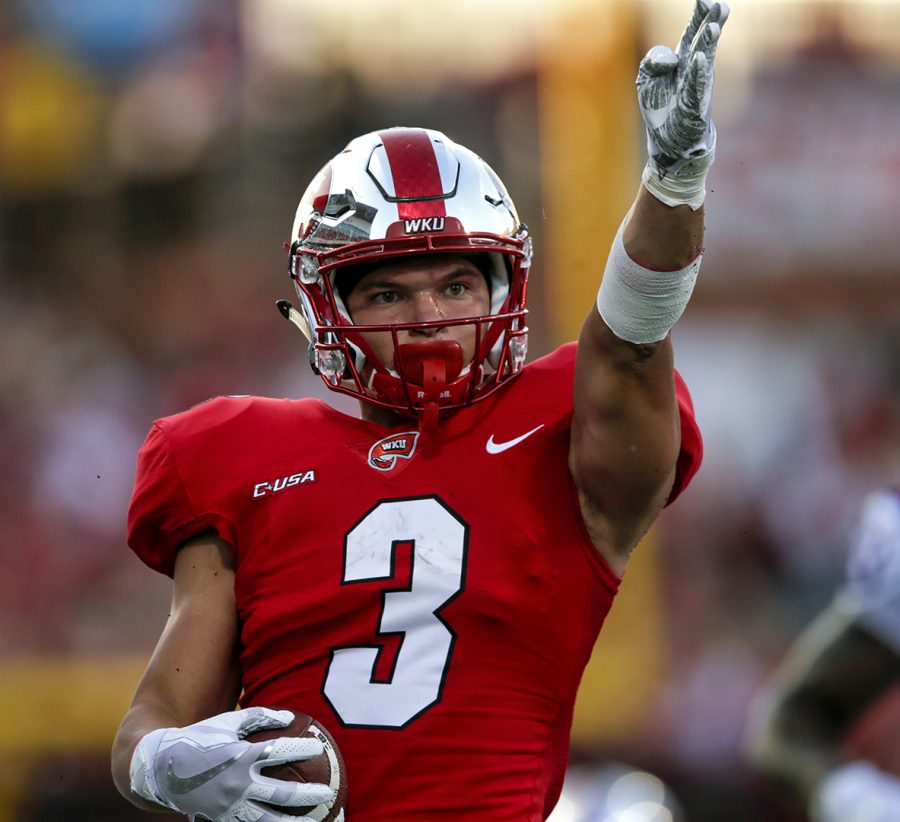 Running back Quinton Baker (3) signals a first down during the Hilltoppers' 22-23 loss to Louisiana Tech University on Saturday, Sept. 16 at L.T. Smith Stadium.

Rising junior running back Quinton Baker has been removed from the WKU football team for violating team rules, the program announced Saturday.

“Due to consistent violation of team rules, running back Quinton Baker is no longer a member of the WKU Football program and was removed from the team’s roster on Friday,” the program said in a statement.

Baker was apart of an altercation at the PIKE frafternity house at WKU last year, which resulted in a one-game suspension for him at the beginning of his sophomore season.

Baker announced his intention to transfer from WKU via Twitter on Saturday, before the program released its statement.

Per Baker’s release from WKU, he’s not allowed to be in contact with or transfer to any Conference USA school, or any of WKU’s non-conference football opponents for the 2018 season.

Baker ran for 233 yards and one touchdown as a sophomore in 2017. He averaged 3.6 yards per carry, and played in seven games. In 2016 he was a member of the C-USA All-Freshman team after runing for 542 yards and four touchdowns.