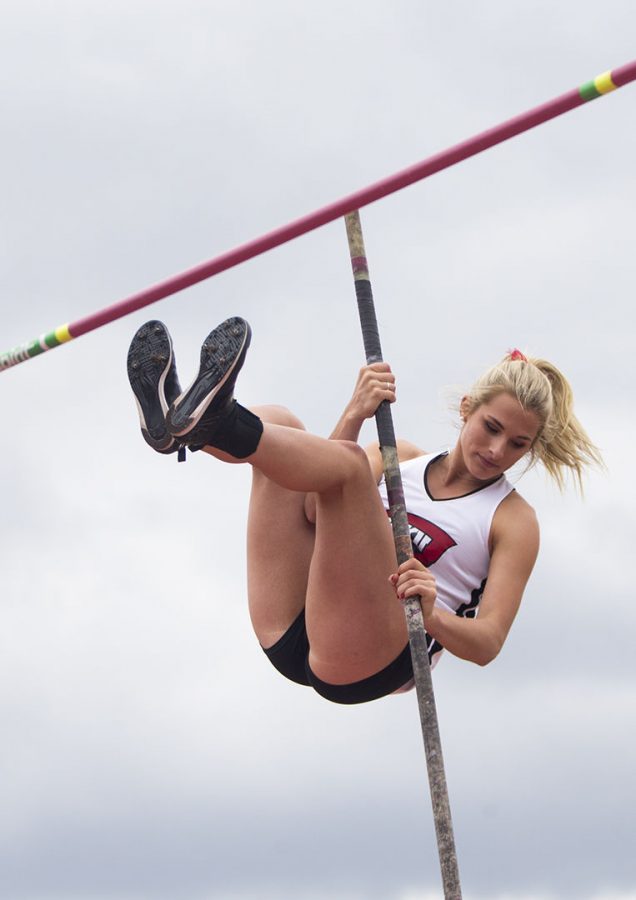 Freshman Nicole Ogorek attempts a pole vault at the Hilltopper Relays on April 6 at the Ruter Track and Field Complex. Ogorek placed 8th.

WKU track and field hosted the Hilltopper Relays Friday. Eleven WKU individuals/teams placed in first in their events, and 20 personal records were either tied or eclipsed on the day.

Among those who were victorious, senior Morgan McIntyre took first in the pole vault by clearing a new personal best height of 4.17 meters. Senior Desmond Mobley set personal bests in both the long jump and the high jump, placing first in both events.

The Hilltopper 4×100-meter team placed first and set a new season-best time at 39.97 seconds. Two members of the 4×100 team, Eli Minor and Austin Hayes, set personal records individually, with Minor winning the 100 dash and Hayes coming in first in the 200 dash.

The meet was the final one at the Charles M. Rueter Track and Field Complex for WKU’s seniors. The Hilltoppers will next be in action at the APSU Invitational at Austin Peay Friday and Saturday.