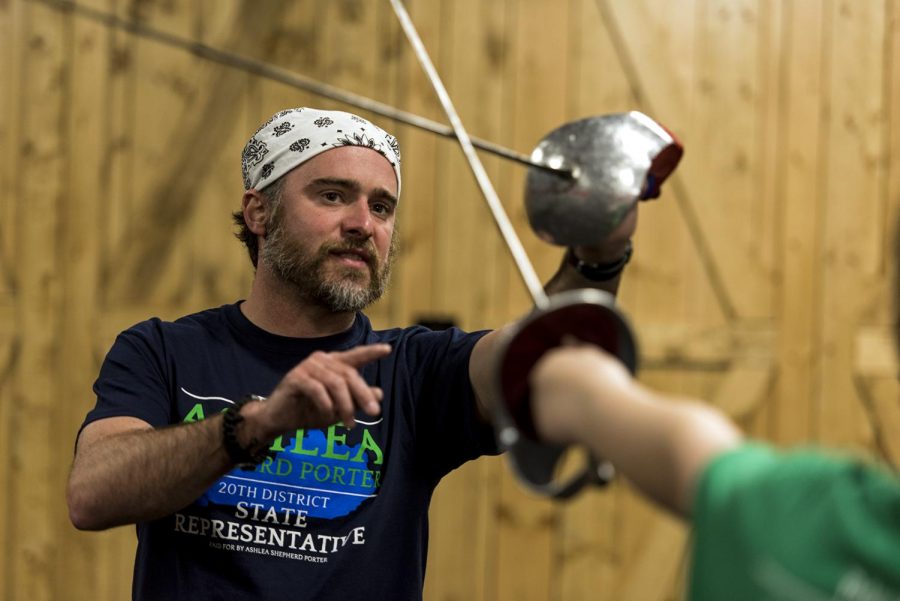 The Bowling Green Fencing Academy, or BGFA, is extending the plethora of unique activities in Bowling Green to include theatrical fencing.

BGFA is one session into its six-session theatrical fencing courses, which run from April 10 to May 1.

The theatrical fencing classes take place from 7-8 p.m. every Tuesday from April 10 to May 1 at Bowling Green Parks and Recreation Center at 225 Third Ave. The class costs $75 for all six sessions.

The course instructs theatrical fencing inspired by the work of prominent fight choreographers such as Bob Anderson, who worked on The Princess Bride and Star Wars, and William Hobbs, who worked on The Duellists. The class is taught through the Bowling Green Parks and Recreation Department, said Stephen Fisher, owner and head coach of BGFA.

“I started the Fencing Academy in 2012, but have been fencing since 1996,” Fisher said. “The reason for starting it was to provide quality training available to the public. I was inspired by my experiences in the fencing realm.”

Fisher himself has background in fencing, as he has participated in The Sword Experience with Adrian Paul, an actor known best for his lead role on the fantasy show “Highlands: The Series,” which aired during the 1990s. The training was in Knoxville, Tennessee in 2017 and Lexington in 2016 and allowed Fisher to work with him and learn the optimal skills for fencing, both theatrically and for sport.

The class, being a community event, is also a way for people to collaborate and learn in a low-stress environment, where Fisher says they meet new people, hopefully learn something new and have fun with safety in mind.

Participant Michele Hinton is a writer, mother and avid fan of literature, which is why she said she signed up for the fencing class. She said she wanted to be like the “swashbuckling characters” she sees depicted in film.

“I am a huge fan of Errol Flynn, who always played swashbuckling characters,” Henton said. “In around 1996, I took a few fencing classes at WKU, but could never really keep up with it due to my part-time job, which is why I’m glad to be back.”

The classes Henton took were instructed by Fischer, back when he started the WKU Fencing Club in 1996. Now her skills have come full circle as she learns from him yet again.

The inaugural class featured a fencing sequence from “The Mark of Zorro,” a 1940 film. The class was open to participants of all ages.