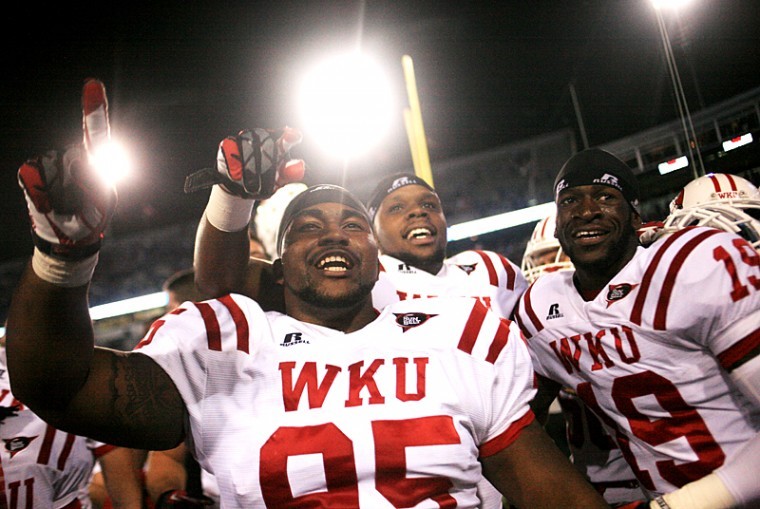 WKU defensive lineman Kenny Martin celebrates with teammates after winning the WKU-UK game at Commonwealth Stadium in Lexington on Saturday, Sept. 15, 2012 with a score of 32-31 in overtime.

Martin has been a graduate assistant for the Hilltoppers for the last two seasons, leading the defensive tackles last year.

“Kenny has done a tremendous job developing our interior defensive line, and I know he will continue to advance that group as we head into the 2018 season,” Hilltopper head coach Mike Sanford said in a press release. “He is already a passionate and enthusiastic coach, but there is an extra edge to Kenny when it comes to coaching for his alma mater.”

Martin played defensive tackle for WKU from 2009-2012. He takes the spot which opened when Geoff Dartt resigned.

“This is a dream to be able to serve in this capacity at my alma mater,” Martin said in the press release. “My wife, Tasha, and I are extremely grateful to coach Sanford and to the university for giving us this opportunity.”

Martin’s promotion means that Jimmy Lindsey will become the defensive ends coach and will keep his title as recruiting coordinator.