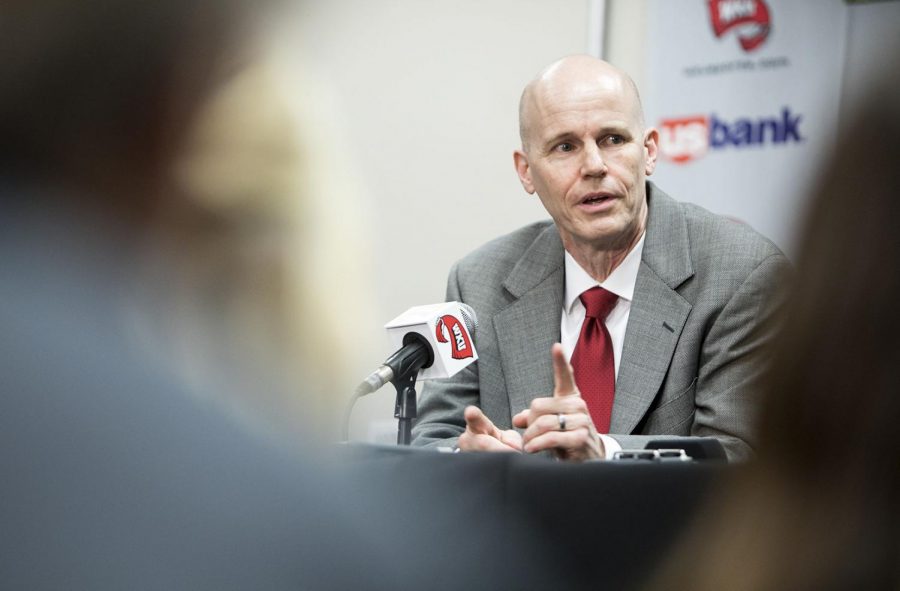 Greg Collins addresses the media during a press conference where he was announced as the new head coach of the WKU women’s basketball team on April 4 in Diddle Arena. The announcement of Collins as head coach came shortly after Michelle Clark-Heard announced she would be leaving WKU to coach the Cincinnati Bearcats women’s team.