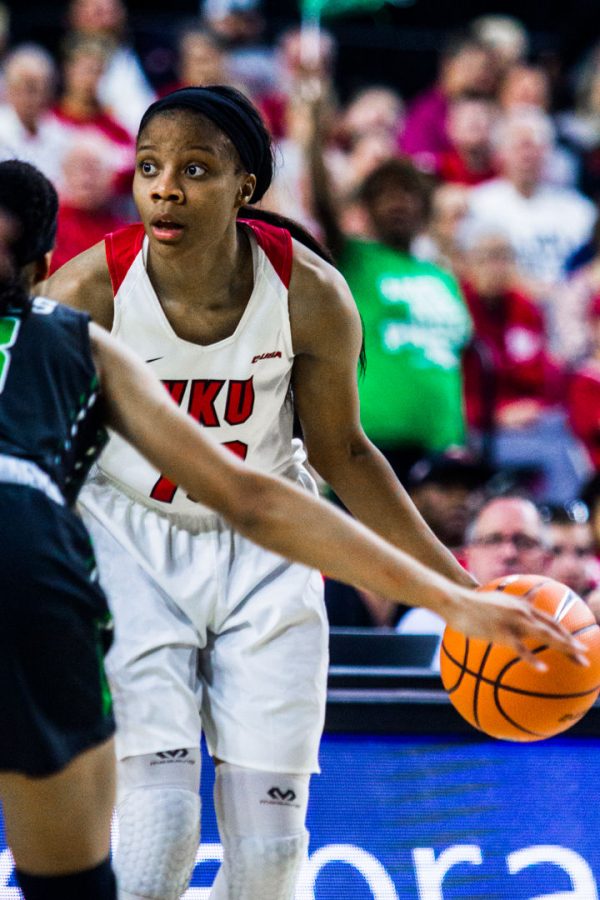 WKU Forward Tashia Brown (10) looks to pass during the Lady Toppers 77-61 win in the semifinal game of the Conference USA tournament against University of North Texas on Friday March 9, 2018 at The Star in Frisco, Tx.

Brown spent four seasons with the Lady Toppers and scored 2,073 points over the course of her career, the third most in school history and eighth in Conference USA history.

“I am extremely blessed to have the opportunity to further my career professionally,” Brown said in a press release. “Thanks to the New York Liberty organization for giving me a chance and thanks to all my Hilltopper family for supporting me every step of the way on this journey.”

If Brown appears in a game, she will become the fourth Lady Topper to play in the WNBA, joining ShaRae Mansfield, Tiffany Porter-Talbert and Crystal Kelly, who were each taken in the third round of the WNBA draft in their respective years.

The Liberty went 22-12 in the WNBA regular season in 2017, before falling in the second round of the playoffs to the Washington Mystics.