Climbing gains popularity across the country 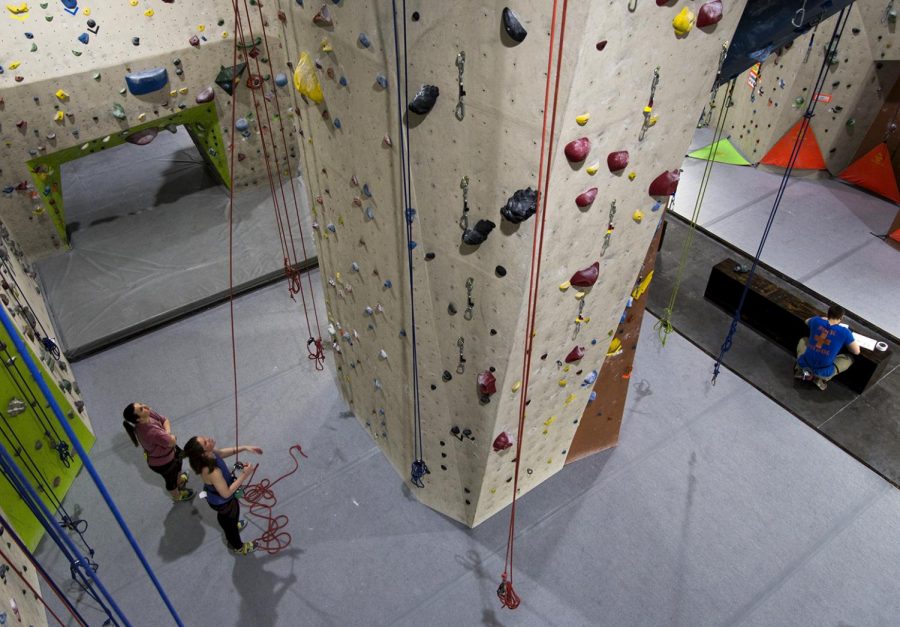 Vertical eXcape in Bowling Green opened in February 2017, and has since contributed to the growing interest of rock climbing in the area, including the founding of the WKU rock climbing club.

Climbing is a sport that has seen its popularity increase steadily over the last several years, and if the Bowling Green community is any indicator of the sport’s future, then the industry’s growth will not be slowing down any time soon.

According to Climbing Business Journal, 43 new commercial climbing facilities opened in 2017, almost double the number that were established in 2016, which helped cement 2017 as the most prolific period for climbing in “the past four years” as several U.S. states saw the opening of their first climbing gyms.

One of the gyms that opened its doors in 2017 was Bowling Green’s first climbing facility, Vertical eXcape. Vertical eXcape’s Evansville, Indiana, location opened nearly 20 years ago, and the franchise’s owners decided that Bowling Green was a prime site for expansion.

Evan Karcher, the director of operations and head setter at Vertical eXcape, is an Evansville native who has been climbing for about four years. Karcher said that he worked at the Evansville gym and moved to Kentucky so that he could help build a new gym from the ground up.

“I’m not a local, but everyone I’ve talked to has said Bowling Green needed a place for people who wanted something active to do that wasn’t just lifting weights,” Karcher said. “When we came here there was not much of a climbing community, but after we opened, we brought climbers together. Now, we have almost 300 members that are continuously coming in to climb.”

According to the Climbing Business Journal, in 2017, 20 “bouldering-only gyms” popped up around the country. These gyms do not have ropes or harnesses, which limits their membership and provides a “communal feel for members,” according to the Climbing Business Journal. To Karcher, providing a full-service gym in the Bowling Green area was important.

“Rope climbing is very different than bouldering, so we felt like having both was vital to creating a climbing community,” Karcher said. “We have people come in here and only boulder, but we also have people that come in and do nothing but rope. So, we really wanted to have an all-around facility that could make anyone feel like there’s something for them to do.”

According to an August 2016 Climbing Magazine article, the 2020 Summer Olympic Games will feature climbing as part of “a package of new events” aimed at a youthful demographic. Karcher said that climbing’s upcoming inclusion will help resolve common misconceptions about the sport.

“Climbing becoming an Olympic sport is exciting for the entire industry because people are going to see that it is much more than just trying to pull yourself up a wall,” Karcher said. “We want to help everyone realize that climbing is a mentally and physically challenging sport that someone at any fitness level can do. We love climbing, and spreading that love is our goal.”

WKU junior Brent Andrews, the founder and president of the WKU climbing club, is also set on expanding climbing’s footprint. For disclosure purposes, Andrews works in circulation for the College Heights Herald. He said he spends his Friday evenings with climbing club members at Vertical eXcape.

“I have been climbing for five to six years, so when I got to WKU I was a bit bummed out to find that there wasn’t a group of people that were rock climbers,” Andrews said. “I eventually met a few guys that liked to climb, and after the gym opened I got to know even more. I started talking to everyone I met, and they all told me that they’d love to have a climbing club.”

Andrews said that since the climbing club’s first official meeting took place only about a month ago, the group will not be a registered student organization until the Fall 2018 semester. A lot of preparation has already taken place, but Andrews said the club still faces some uncertainty.

“We already have our faculty adviser, but we are currently trying to decide if we’re going to be a sport club or just a normal student activities club,” Andrews said. “Right now, there’s about 10 to 12 active members, but there’s been around 30 people who have messaged me about being in the club or come to a meeting, which is a lot more than I would have thought originally.”

The WKU climbing club was established to bring students who like to climb together so that they could share ideas, plan trips and help each other learn. Andrews said that the club is also committed to working with Vertical eXcape to help foster growth in the climbing community.

“Gyms are great because you can train in the winter when you usually couldn’t climb, but my love for climbing started outdoors,” Andrews said. “Vertical eXcape has gotten a lot more people interested in climbing, so we would like to work with them on raising money and maybe bolting routes outdoors too. My hope is that we can inspire more people to get outside.”

According to the Climbing Business Journal, the “gym growth rate has not dipped below 6 percent since 2010.” The climbing industry seems like it is here to stay, and though Andrews is unsure exactly what the future holds, he said he is sure the sport will continue trending upward.

“Climbing is becoming an actual recognized sport that people care about,” Andrews said. “At its core, it is a very inclusive sport. Now that it is becoming more accessible to children, they will grow up at least having an idea of what it is about. Hopefully we can continue encouraging people to care about the environment, their community and each other for years to come.”