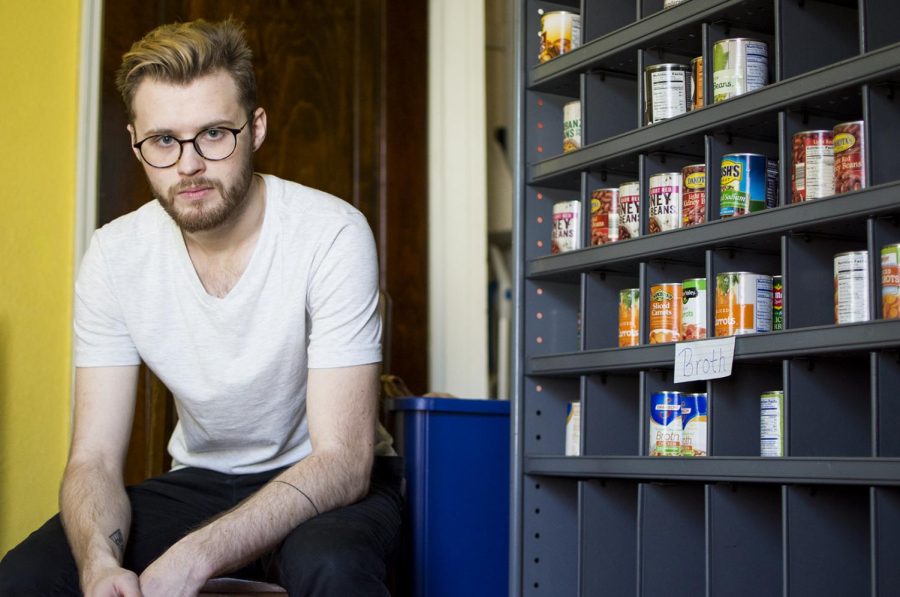 Junior Francis Wilson began visiting the Office of Sustainability's food pantry during his sophomore year. “We shouldn’t be nervous about or not talking about the food we need,” Wilson said. The goal of the food pantry is to aid students experiencing food insecurity, or "the state of being without reliable access to a sufficient quantity of affordable, nutritious food."

When he goes to the food pantry at the Office of Sustainability, Francis Wilson usually takes items like peanut butter, canned peas, rice and produce. Wilson said he visits the pantry a few times a month, but there was period of time during his sophomore year when he had to visit more regularly.

“Something like a food pantry can relieve stress in a student’s life,” Wilson, now a junior, said.

Wilson is just one of many people who visit the food pantry every month. According to the Office of Sustainability’s annual report from 2017, their food pantry had over 300 distinct visits by students, faculty and staff at WKU.

Food pantries like the one at WKU are used to help students experiencing “food insecurity,” which can be caused by a lack of access to food or healthy foods. Food insecurity is becoming an increasing issue at universities throughout the United States, according to Journalist Resource, an organization committed to examining news topics.

“Food insecurity can be very lonely,” Ryan said. “A lot of times students share meals with each other, which is part of the college experience.”

Ryan said students who want to get some food just need to bring their WKU ID with them when they visit the office during open hours. She said customers are limited to around two grocery bags of foods and goods.

“Food insecurity isn’t just about the lack of food,” LeGrand said. “Teaching students ways to grow their food is a way to beat the system.”

LeGrand said WKU’s food pantry is unique because it’s coordinated with Project Grow, which allows for students to grow and harvest their own produce. She said that produce is also stored in the food pantry when it is available.

Wilson said he thinks the average student does struggle with the issues of food insecurity.

“We shouldn’t be nervous about or not talking about the food we need,” Wilson said. “I had to break my misconceptions with food insecurity … a lot of us are just ignorant to it, and it just isn’t really talked about.”

Junior Taylor Peters, a nutrition and dietetics major, said food insecurity also comes from the uncertainty of getting a meal.

“Food insecurity is when people don’t know where their next meal is going to come from,” Peters said.

Peters said she feels lucky that she hasn’t personally experienced food insecurity, but she still takes opportunities to help those who do experience it through her work with Wholesome WKU, a support group for WKU’s Restaurant Group, and through some volunteering at the Office of Sustainability.

“Obviously it’s a serious problem, and a lot of people face not being able to feed themselves or their families,” Peters said. “We should work together as a country to change the issue.”

LeGrande said Project Grow accepts any volunteers at their office from 2-4 p.m. every Friday at 503 Regents Ave.