‘I found a home in the Herald’s student newsroom’ 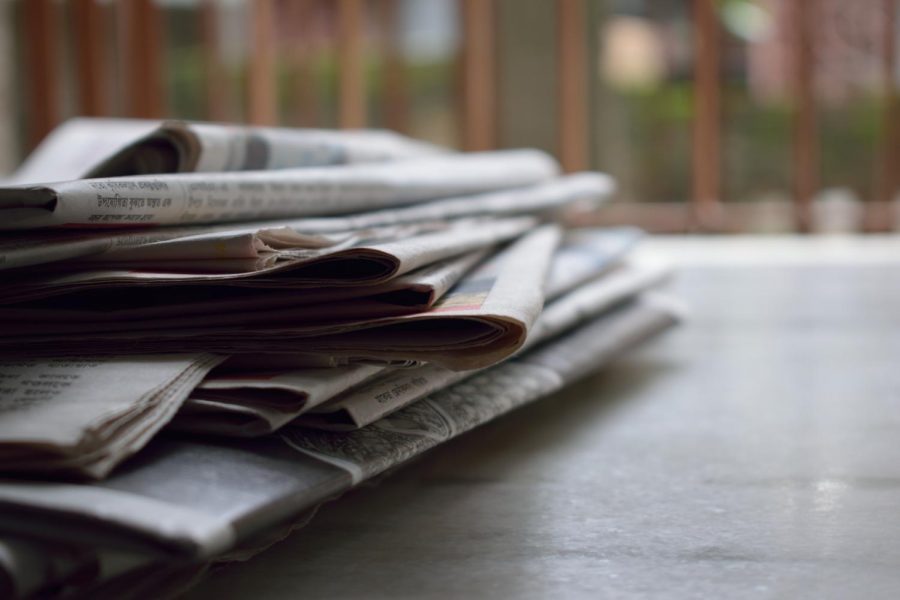 When I started working at the Herald in the spring of 2011 as a freshman, I was really timid about sharing my writing with anyone. I hardly felt ready to publish articles for everyone to read, but knew if I wanted to pursue journalism after college I needed to be able to take that first leap of faith and start working for the student newspaper.

I figured if I failed miserably, I could always back out.

Instead, I found a home in the Herald’s student newsroom. I was able to hone my writing and reporting skills in an environment where I felt comfortable, working with student editors who had already been publishing articles for years and had internships under their belts.

Over my years at the Herald I held many different reporting positions, and eventually became news editor, followed by managing editor. In the fall of 2014, I became editor-in-chief.

While I was much better at writing and editing by that time, I was more surprised by the other ways the Herald allowed me to grow. I was no longer someone who was so shy I’d do anything to avoid confrontation – I was someone who could be honest with people when there was a conflict and stand up for myself.

I also gained a lot of confidence and a sense of responsibility from having a position where the buck stopped with me. No matter what error or problem came up, if a mistake was made, the fault would ultimately be mine and I think that really prepared me for the real world.

Contacts with the Herald facilitated my first internship at the Lexington Herald-Leader, as well as a subsequent internship at the Courier-Journal in Louisville. After graduating, I moved to New York City and I now cover bankruptcy court news for an online publication, Debtwire.

I love my job, and I only have it because of the experiences and the references I got through my relationships at the Herald.

On top of everything else, the Herald provided me with some of the best friends I’ve ever had. When I was editor-in-chief, I didn’t just work with the members of my editorial board. They were a huge support system and we became like a type of family. I went through a difficult time when I was editor-in-chief with the loss of a close family member and my people stepped up and did everything to support me.

As if gaining lifelong friends wasn’t enough, the Herald is also where I met my college boyfriend, who is now my fiancé. I’m getting married in September, and one of my editorial board members is serving as a groomsman for my fiancé, while multiple other ed board members will be there celebrating with us.

So to say working at my student newsroom in college changed my life sounds dramatic, but in my case it is also completely true.

This letter is part of the #SaveStudentNewsrooms movement. A student-led campaign designed to bring attention to the challenges student newsrooms face.

Taylor Harrison is a former Herald editor-in-chief for the fall 2014 semester. She is currently a Bankruptcy Court Reporter for Debtwire.