Create it Forward exhibit features artwork of students and faculty 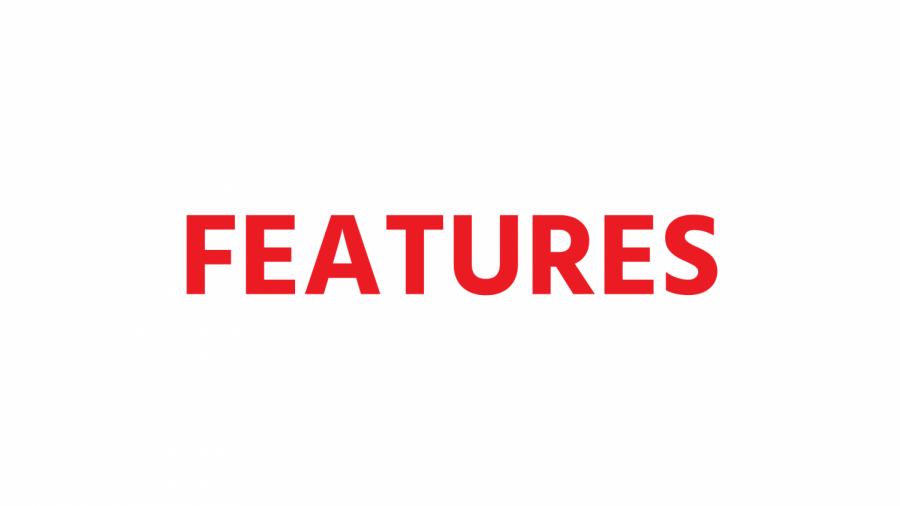 The power of a single quote inspired participants to create various works of art for a single, unified display in the Kentucky Museum.

Create It Forward, a project that began in September 2017, is designed like a game of artist telephone, said Potter College faculty fellow Shura Pollatsek. Pollatsek began producing the project as her faculty fellow project and drew inspiration from the TELEPHONE project by the Satellite Collective.

The project began by choosing a quote, which Pollatsek said came from a Bosnian author in honor of the International Year of Bosnia.

The quote was given to a group of artists from various genres of art, including graphic art, literary art and dance. Those artists created works inspired by that quote, which were then passed on to a new set of artists, who created art inspired by what they received, but did not know the original quote.

Thus began a game of artistic telephone, which continued through March 2018. The artists did not find out the quote or see the other works of art until the opening of the exhibit on April 18.

“The unique aspect of this project is that while artists are often inspired by other works of art, usually the connection is not so overt, and those whose works inspired others do not get a chance to see what their creativity inspired,” Pollatsek said.

Assistant student producer Abigail Baker said the exhibit features all of the visual and written works, along with two monitors that will loop through the live performances such as dance and musical compositions.

Over 80 artists were involved, including 70 students and 14 faculty members, all of whom came from a variety of departments: art, communication, English, history, music, theatre and dance.

“We have all kinds of art, including a screenplay, original compositions, solo performances, installation art, visual art, poetry, spoken word, fiction and dance,” Baker said. “We tried to involve all areas of Potter College.”

Matthew Herman, assistant professor in the department of music, was one of the first artists. He created his composition in September 2017.

Herman said the quote was inspirational to him and brought many things to mind, including metaphorical and physical ideas. It also made him think of duets and jazz, leading him to compose what he calls a “jazz-infused piece” for a duet between a flute and piano. The idea eventually grew into a three movement sonata, each movement featuring a different jazz style, Herman said.

Herman hopes that his sonata will encourage listeners to think about the way that music can bridge gaps between people.

“I also want them to come away with an added degree of happiness because, frankly, the sonata is a heck of a lot of fun,” Herman said. “I deliberately set out to make it light-hearted and a bit whimsical.”

For Jessica Folk, assistant professor in the English program, the goal of her piece centers more around the art form itself. Folk, who created her work in December and January, wrote a short screenplay entitled “Behind the Spin of the World.”

Folk says that writing has always been important to her, and she hopes her piece can encourage students to see writing as the creative opportunity that she does.

“I hope they see that screenwriting can offer them the opportunity to experiment with story in new and exciting ways,” Folk said. “The spectacle of film is something unlike other art forms you’ll encounter. I hope the students can see that screenwriting offers the opportunity for possibilities – for worlds to be created, characters to be explored, and adventures to be had.”

Student Samantha Conradi received Folk’s screenplay and used her own artform, dance, to create what she calls an abstract representation of how she interpreted the play.

For Conradi, dance is a lifelong passion, one that she’s been working on since she was three years old.

“The amount that it has shaped me as a human being, a student and an artist in general is indescribable,” Conradi said. “I’m a better person because I dance, and I do my best to share the love I have for it with the community around me as much as I possibly can.”

Conradi said that she hopes individuals who see the exhibit and her piece will understand that art is subjective and believes that people will leave the exhibit with a better understanding of collaboration and how it can bridge gaps across individuals and communities.

“Art itself is a therapeutic thing to be a part of, and collaboration creates a sense of community that we all need as human beings,” Conradi said.

Sophomore Mackenzie Weber also found a sense of community in the project.

“Create It Forward should show people that amazing things can happen from coming together as a community,” Weber said.

Weber’s dance, a response to Isaac Barnes’ skit, centers around a child coping with neglect and vying for attention. She describes how interesting it is to be forced to create something and draw inspiration from another piece of art when it’s something you did not choose.

Pollatsek said she hopes participants were able to create unique works of art.

“I hope that the participants, both faculty and students, will have had a chance to create something unique, and been inspired to create in a different way than they might typically create their art,” Pollatsek said. “Also, they have a rare chance to have their individual works be part of a larger whole. We hope that those who come to look at and listen to the exhibit appreciate the individual works of art, but also that they can follow the chains of linked works, and see how one work might inspire the next.”

“Being involved in projects like this really fosters the idea that we are all unified,” Conradi said.”We are all a community of people, and art is an amazing way of making this idea tangible.”

The Create it Forward exhibit will be on display in the Kentucky Museum until May 2.