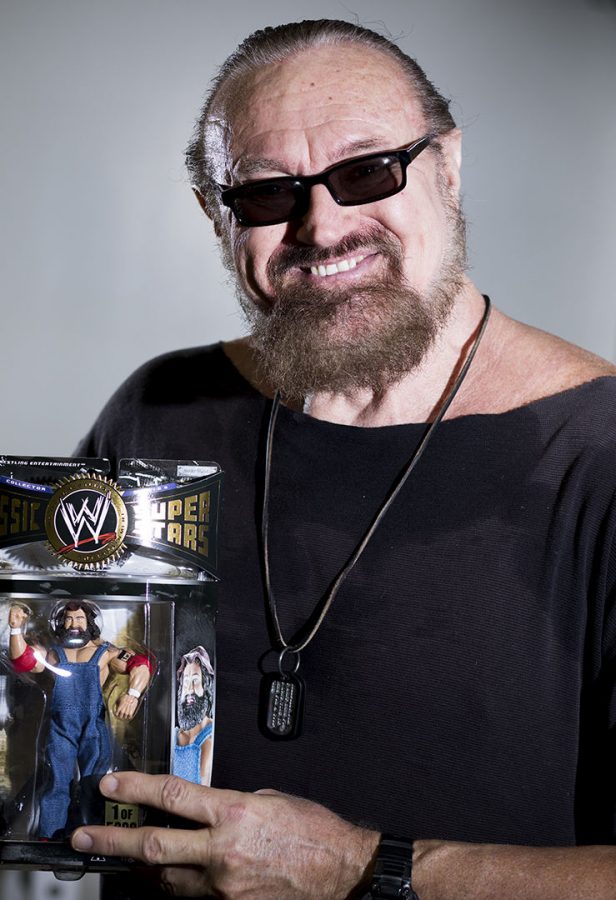 James Morris, 65, better known as "Hillbilly Jim" to the WWE community, will be inducted into the WWE Hall of Fame next month. Morris is originally from Scottsville, but has been living in Bowling Green since he started high school. Morris would come to WKU to train for many years before he got his start in the wrestling world. “Western has a soft spot in my heart because I think back on that journey and all these things that happened in my life, a big part of it was being able to go to WKU for all those years and train with those guys and hang out" Morris said.

Jim Morris, 65, has been known as Hillbilly Jim for over 30 years, and his upcoming induction into the WWE Hall of Fame has given the former professional wrestler a chance to reflect on a life that remained fruitful long after his decision to retire.

Morris was born in Scottsville, and after moving a few times, his family put down roots in Bowling Green just before he started high school. He has kept his home base in Warren County ever since.

During his days at Bowling Green High School, Morris developed into an All-State basketball player, and he received scholarship offers after graduating in 1971. Morris wound up playing at five different institutions during his collegiate career, and he said the difficulties he faced helped him determine his future career trajectory.

“I was really made more for individual sports,” Morris said. “I loved the concept of team sports, but I soon realized that you could do your very best every day and you would still lose if your team got beat. I didn’t like that part, and I felt like that just wasn’t the right kind of payoff for me.”

After his time in college concluded in the late ‘70s, Morris played professional basketball in Europe before deciding to pursue competitive weightlifting. Morris said in the process of getting stronger and training more rigorously, he found his way to WKU.

“I’m forever grateful to WKU for affording me even though I never enrolled one semester,” Morris said. “They would let me come up to Smith Stadium and work out with so many great WKU athletes. All the coaches loved me, and I even had the great Gene Keady approach me one time about helping some of his skinny and weak boys train.”

Standing over 6 feet 7 inches tall and weighing 320 pounds, Morris became a successful weightlifter in his 20s. He said as he became more impressive physically, friends would often joke that the he should become a professional wrestler. Though he enjoyed watching wrestling as a kid, Morris was not sold on making that fantasy a reality until he saw a promotion outside of Kentucky on television.

“When cable TV came out, I started watching Georgia Championship Wrestling,” Morris said. “It blew my mind because they had these wrestlers that looked like guys from the gym. Most of the wrestlers we used to see looked like big fat guys with their shirts off, but these guys didn’t look like that.”

Soon after Morris expressed serious interest in becoming a wrestler, a local promoter named Dale Mann agreed to train him. Morris said he wrestled in promotions across North America under his real name before adopting the ring name Harley Davidson in the early 1980s.

The Harley Davidson character began to take hold with fans, and Morris said he became more confident in his ability to compete in the big leagues. He soon pursued a career in the World Wrestling Federation, and his opportunity to join its ranks came sooner than expected.

“The WWF was doing a show in Nashville, and my friend Bruce Swayze said that he would bring me into the dressing room down there,” Morris said. “They immediately went for me, and I ended up getting asked to do an opening match that night. I told them I didn’t have my gear with me, so they had some of the wrestlers give me boots, kneepads and a pair of tights.”

Morris impressed WWF officials with his performance in Nashville, and the next month he received an invitation to perform in New Haven, Connecticut for WWF owner Vince McMahon. Morris said that in a meeting with higher-ups after his match that night, the Hillbilly Jim character was born.

“Chief Jay Strongbow told Vince that there hadn’t been a hillbilly in the business for a long time,” Morris said. “Vince asked me where they could say I was from, and I came up with Mud Lick, Kentucky. Vince said, ‘That’s great, Hillbilly Jim from Mud Lick, Kentucky,’ and that’s exactly how it began.”

The Hillbilly Jim character first appeared on WWF shows in 1984 as an enthusiastic fan in the front row, but eventually the overall-clad big man stepped over the barricade and into the ring. Morris said he quickly became one of the hottest acts in the industry due to his immediate association with the WWF’s biggest star, Hulk Hogan.

“Hulk Hogan was like Elvis in the wrestling business, so when they had him start acting like he was training me, it was over,” Morris said. “When people look at you you’ve got to have something to connect to them, and because I had that charisma the fans really loved me. I knew I wasn’t a hillbilly, but I became the best hillbilly that I could be.”

Hillbilly Jim experienced successes throughout the second half of the 1980s, and the highlight of his career came at WrestleMania III when he competed in front of a record-setting crowd of 93,173 people. Despite his triumphs, Morris said he knew his run at the top would end.

“I wasn’t real young when I got in the wrestling business, and I wanted to be done by the time I was 40,” Morris said. “I’d seen guys hang around too long and I didn’t want fans to say, ‘how old is Hillbilly Jim?’ I wasn’t going to embarrass myself, so after neck surgery I decided that I was done wrestling.”

Though his time as an in-ring performer in WWF, now called the WWE, ended in 1990, Morris has worked with the company in some capacity since he retired. For the past 13 years, Morris has also hosted a radio show, “Hillbilly Jim’s Moonshine Matinee” on Sirius XM Outlaw Country.

“I knew when I began this thing that someday I’d have to end the in-ring stuff, and I was good with that,” Morris said. “I moved on and reinvented myself in a lot of different ways, but I don’t have a Sirius XM Radio show because I’m Jim Morris. I have it because I’m Hillbilly Jim, and I never deny that.”

Sam Ford, an adjunct instructor in the Popular Culture Studies Program at WKU, has known Jim Morris for about 15 years. In 2016, Ford got the chance to work with Morris on a video project for Fusion Media Group about the Panama Papers and shell companies.

“Fusion wanted a way to make the story approachable to people who weren’t hardcore news followers, so we used Hillbilly Jim to bring a little levity to what was otherwise a really serious investigation,” Ford said. “Our idea was to have him explain how he hid his wrestling fortune offshore in a very tongue-in-cheek sort of way. Jim is such an approachable character, and his performance was really a great example of how he maintains his resonance in pop culture.”

WWE announced March 5 that Hillbilly Jim was joining the WWE Hall of Fame Class of 2018. Morris said that while he is looking forward to being inducted at the Smoothie King Center in New Orleans April 6, all the recognition does not belong solely to him.

“This business doesn’t owe me anything because I’ve already had a Hall of Fame life,” Morris said. “I’ve already had my glory, so this induction is in my name, but I’m accepting it for my family, my friends and the fans. Nobody makes it by themselves, and this whole thing wouldn’t have happened for me without help from a lot of different people.”

Morris said being a WWE Hall of Famer will not change him, but he hopes it gives his “restless spirit” some closure.

“I don’t live in the past, but I’m thankful to God I had those wonderful memories,” Morris said. “I’m more interested in what I’m going to do today, but I know I’m one lucky guy because I got to live my dream. My friend Wes Strader once said, ‘I got to do what I wanted to do, when I wanted to do it and where I wanted to do it at.’ That’s a lot like my life, and it’s really a miracle.