Hilltoppers look for next starting quarterback 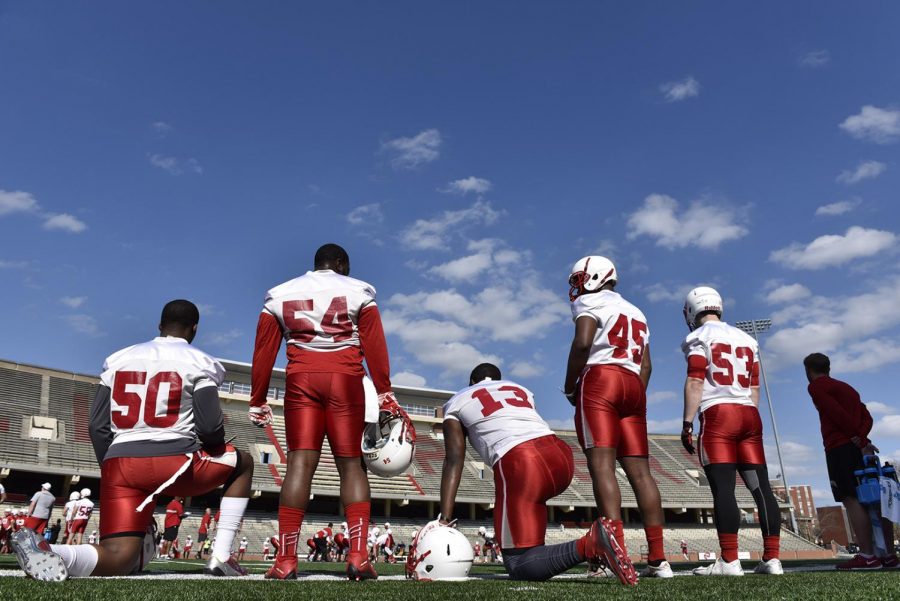 Western Kentucky University kicked off its spring season last week with practices in the Houchens-Smith Stadium in Bowling Green, KY.

White started every game for the Hilltoppers in 2016 and 2017, and led WKU to an 18-9 record over those two seasons, including a Conference USA Championship and a win in the Boca Raton Bowl in 2016. White finished with the career third-most passing yards in school history. He also ranks second in career passer rating, completion percentage and touchdown passes in WKU history. He’ll be drafted in this year’s NFL Draft.

Duncan is from Charleston, South Carolina. He redshirted his first season and has only made one appearance in his career at WKU.

Duncan said that so far, the competition for the starting quarterback spot is wide open.

“Drew is doing a great job,” Duncan said. “I’m going to do the best job I can and push them as hard as I can each day so I can win that job.”

Even though Duncan is the younger of the two quarterbacks, he still is very much in the running for the starting position. Duncan’s patience stood out to head coach Mike Sanford on the first day of spring practice.

“Steve did a good job of taking what the defense gave him,” Sanford said. “I thought he did a nice job managing the offense and managing his responsibilities in the run game. We put a decent amount on the quarterback in terms of decision making in the run game and I thought that’s a part of Steve’s game that he can do.”

Eckels is from Daytona, Florida. He has played in 17 games and attempted 17 passes in his career at WKU. Even with the limited experience he’s had, Eckels said he believes it will help him in the long run.

“Just with playing one or two snaps a game, getting to run the ball, it helps to get that little shock out of you,” Eckels said. “Getting experience in every play comes a long way when you play one snap a game for a 10-game, 12-game season.”

Sanford said he has definitely seen Eckels’ leadership go through the roof since spring practice began.

“He’s got great command and presence,” Sanford said. “I noticed that last year even as a backup. He’s out there, there’s a poise to his game. He carries himself with a smooth demeanor and I think our players felt that today on offense.”

“I love that,” Sanford said. “I really think you should go in every spring ball and have a quarterback battle. I love when that position is a very competitive position. It just makes things that much more intense in practice. I like to see how guys respond and today Drew and Steve both responded well.”

While Eckels and Duncan are the favorites to land the job, they aren’t the only ones battling for the starting spot. Redshirt junior Graydon Kulick and redshirt freshman Davis Shanley are also fighting for the top spot. Four-star recruit Kevaris Thomas could also factor in when he steps on campus.

Sanford said that whoever wins the job will be tested and prepared.

“The cream is going to rise to the top at that position,” Sanford said. “Whoever that is, you know that person is will be ready because all three of them fit the system and whoever is playing at the highest level has been pushed hard by two other competitors.”