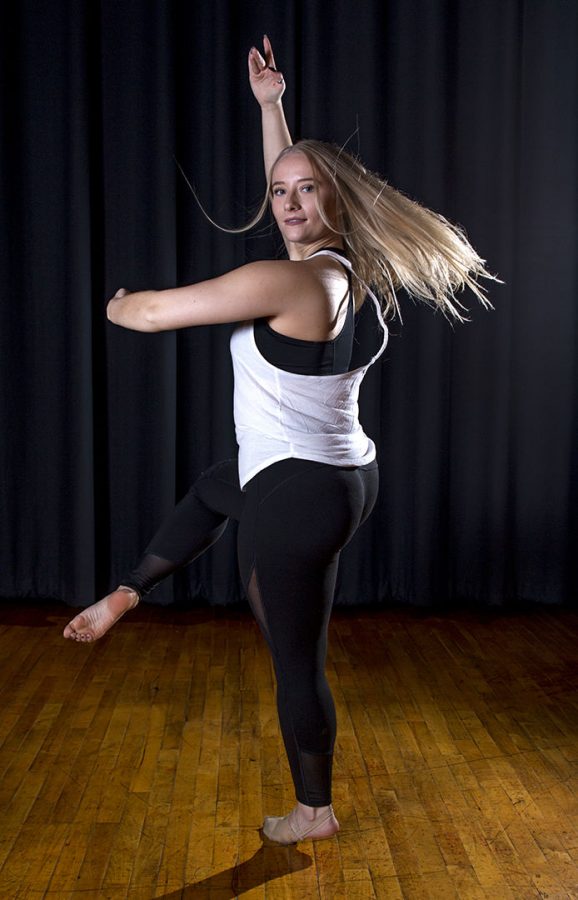 Junior Maddie Turner has been a part of the WKU dance team since her freshman year. She has been faced with difficulties during her dance career centered around “issues” with her body. “I’m a very full figured woman and dancers are supposed to be tall, stick people, really thin, long legs,” Turner said. “I have been told about three times in my dance career that I’m too big to be on teams.” During her junior year of high school she was told she couldn’t be on her dance team due to her body type. Turner went on to compete as a solo dancer and won first at nationals. “I feel like it pushed me more to be better because I don’t have the look, but if I have the talent then someone would want me on their team,” Turner said.