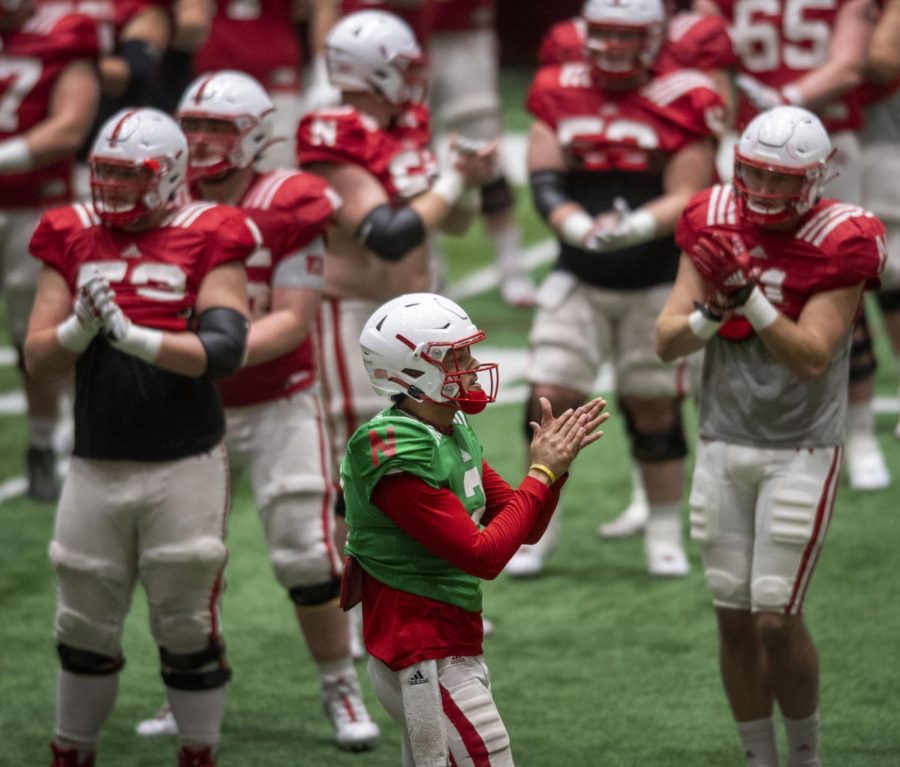 Matt Lubick watched Adrian Martinez’s sophomore season in 2019 intently, albeit from the couch during the only autumn away from coaching he’s had in the past 26 years.

Then in 2020, he saw the good, the bad and the ugly from Martinez up close and personal during his first season as Nebraska’s offensive coordinator.

Lubick saw Martinez’s completion rate jump to a career-best 72% and look like his freshman year self rushing (5.7 per carry), but he also saw the three-interception outing against Northwestern that led to his benching, the fumbles and the inability for NU to get much of anything accomplished down the field.

From limiting turnovers to self-motivation, Adrian Martinez is focused on an offseason of growth

Where each Husker quarterback stands at midpoint of spring ball, according to Scott Frost

This spring, coaches and players alike have said Martinez looks like he’s got some pep in his step and in his arm. What does that mean in the grand scheme of things? Yeah, it’s spring ball and Week 1 is a long way off, but it can’t hurt that the general consensus is that Martinez has looked good.

Lubick added his thoughts on Wednesday.

“I thought he had a good last year, especially with his completion percentage and really toward the end of the year,” Lubick said. “He’s taken it to another level from a leadership standpoint and an accuracy standpoint. I even think from a fitness standpoint. I already knew he was a good athlete and he was fast, but he looks even a step faster.

“He’s throwing balls on time and he’s really making the receivers and tight ends and everyone look good because he’s putting the ball where it’s supposed to be on a consistent basis.”

Timely throws come when a quarterback is making decisions on schedule, something that head coach Scott Frost, quarterbacks coach Mario Verduzco and Martinez himself have all talked about many times over the past two years. Martinez has the arm to make any throw required, he just at times either has not been decisive enough or has struggled to consistently harness his mechanics.

“I’ve been really happy with the way he’s throwing the ball.”