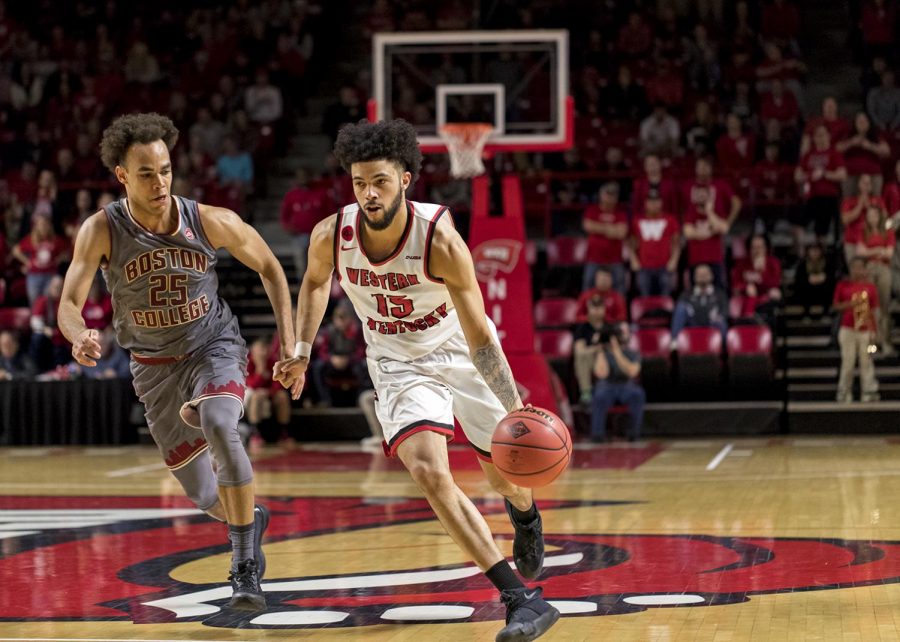 Entering Monday night’s matchup against University of Southern California, the WKU men’s basketball team was one of 48 teams remaining across the NCAA Tournament and NIT.

Although WKU fell just short of its ultimate goal of playing in the big dance, receiving a bid to the NIT is a step forward from last year’s 16-17 season that ended in the first round of the Conference USA Tournament. On top of that, the players enjoyed the luxury of traveling to Costa Rica before the regular season began in order for the newly formed group to play together before the season tipped off.

WKU played three regular season games before playing in the Battle 4 Atlantis Tournament in the Bahamas, where the Hilltoppers lost to Villanova University (a number-one seed in the NCAA Tournament) before upsetting Purdue University (a number-two seed in the NCAA Tournament) and defeating Southern Methodist University on a last second shot by freshman guard Jake Ohmer. Last night, the Hilltoppers enjoyed the luxury of playing in Los Angeles, California and entered the NIT tournament with the hopes of eventually play in Madison Square Garden in New York City.

“I looked back at the places we’ve been this year,” graduate transfer guard Darius Thompson said. “We’ve been to the Bahamas, Costa Rica, now L.A. It’s been a blessing where WKU basketball has taken us this season.”

For players like Thompson, senior forward Justin Johnson and graduate transfer Dwight Coleby, not winning the C-USA Tournament or playing in the NCAA Tournament is definitely not the way the trio wanted to end their college career. But the NIT gives them one one last opportunity to impress potential pro scouts, whether it be the NBA or overseas.

“I mean I’m still going to go out and still play my game,” Johnson said. “We’re playing some better teams and better players and to do well against them kind of raises your stock. But at the end of the day I’m going to do what it takes to win games because I’m still trying to play to win and get to Madison Square Garden.”

WKU’s 79-62 win over Boston College in the opening round of the NIT marked the final home game of the 2017-18 season for WKU and capped off what has been a much improved season in the win column and attendance-wise. Head coach Rick Stansbury has preached that he wanted to consistently sell out Diddle Arena and make it a tough place to play. WKU sold out multiple games during the 2017-18 season. In the final game in Diddle Arena, former WKU assistant coach and current Boston College head coach Jim Christian was impressed by the atmosphere Stansbury developed in just two years.

“I came in 1990, Ralph Willard’s first year, and the crowd wasn’t like this,” Christian said. “Then, Coach Willard got it rolling and it was just like this. This is a very knowledgeable and passionate basketball fanbase. It’s fun. They deserve to have great teams and they do, they have a great team. It was a lot of fun being on the other sideline rather than this sideline, but a great environment to play.”

WKU’s win over BC was the first postseason win since the 2011-12 season, when the Hilltoppers defeated Mississippi Valley State 59-58 in a play-in game of the NCAA Tournament.