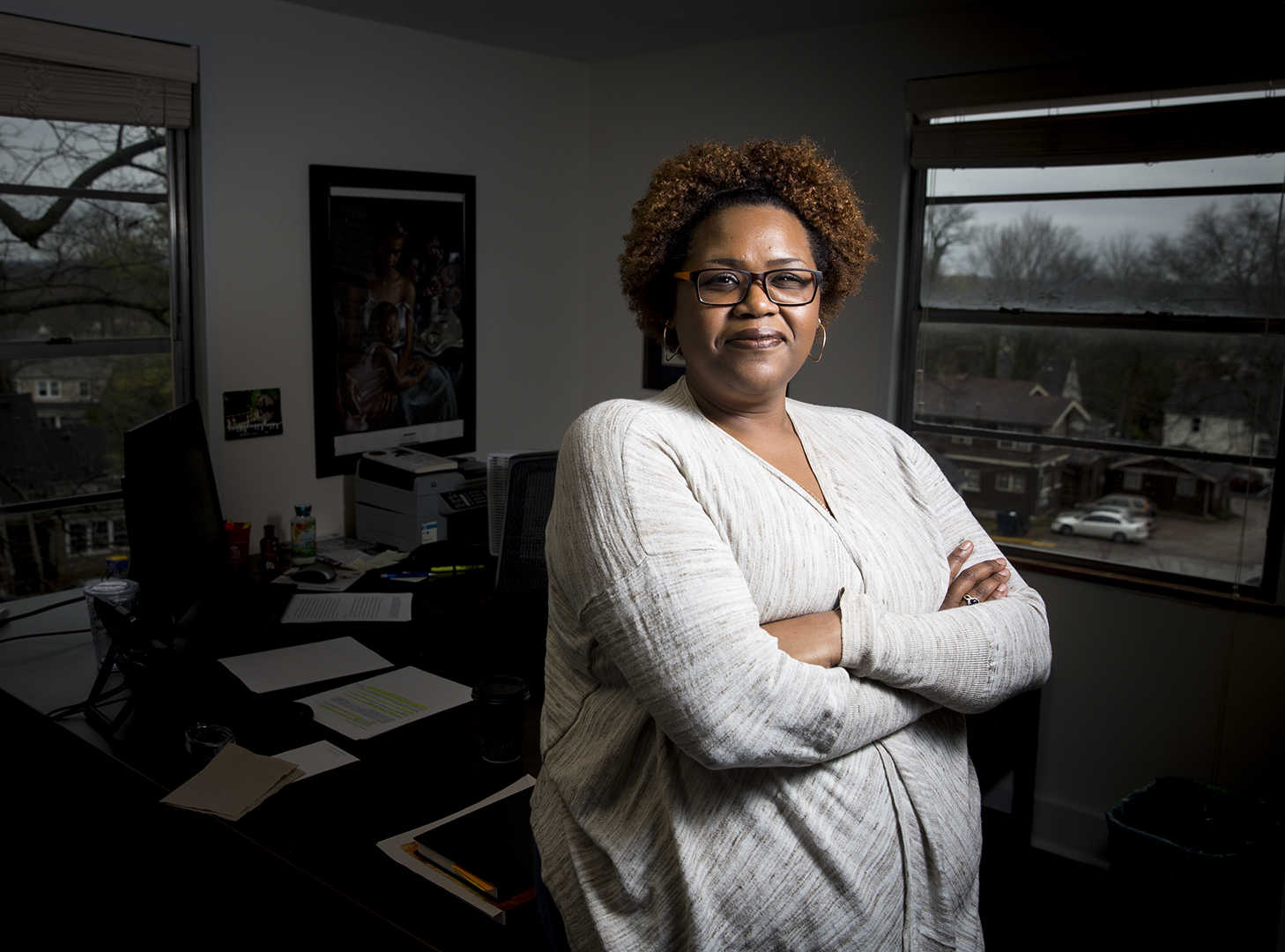 Cherly Hopson, an assistant professor of African-American Studies at WKU has been a professor for more than 19 years. Hopson said during her time at Roanoke College she was one of the five other students of color at the school. She began teaching after being inspired by stories of African-American history.

“What drew me to African American Studies and Gender and Women’s Studies was my critical interest in, as well as my intellectual and artistic compelling towards, African-American women’s literature, art, culture and intellectualism,” Hopson said. “I decided to pursue my Ph.D. in English and those studies after becoming interested in that.”

Hopson currently teaches a wide array of undergraduate courses, from AFAM 190: The African American Experience to CSJ 301: Seminar in Social Justice. She also teaches graduate courses in politics and resistance and reclamation.

Her degrees have taken her far beyond the classrooms at WKU. Hopson has presented at international academic conferences across the globe, presenting at around four per year. These include the Association for the Study of African American History, the National Women’s Studies Association, the Society for the Study of American Women Writers, the Popular Culture Association and the College Language Association Convention.

“I enjoy the feedback that I receive from scholars in my field when reading my work at these conferences,” she said. “I almost always turn whatever presentation I’ve written into a publishable article-length essay.”

What distinguishes Hopson isn’t her mastery in studies or her international resume, she is an advocate for social justice, both for women and African-Americans.

According to her colleague, Andrew Rosa, also associate professor of African-American Studies, her studies are even foundational to the department’s curriculum.

With regards to feminism specifically, Hopson has a strong stance on the issue. She praises modern day feminism and strongly roots herself in the fights that have been waged for women’s rights throughout history.

“I have nothing bad and everything good to say about feminism writ large,” she said. “I recognize that it is because of women largely and some men advocating for, and legislating on behalf of change on the personal as well as collective level that I am able to be in the position I am today. We stand on the shoulders of ordinary and extraordinary girls and women who desired and sought a more democratic and encompassing present and future for themselves as well as for others.”