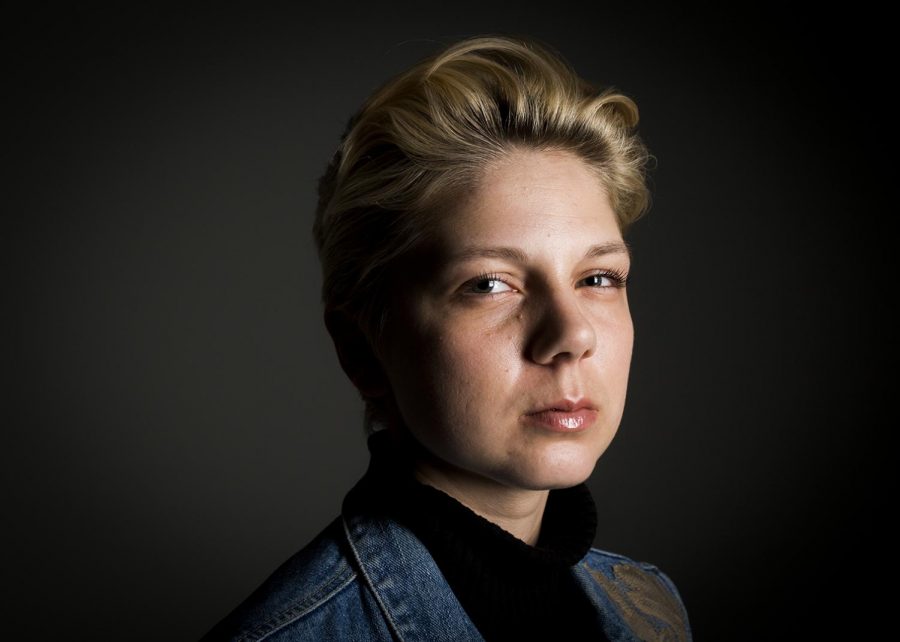 Lesley Garrett, Bowling Green resident, leads Kentuckians through community organizing and political activism. Garrett has worked on various projects including renewable energy for a Western Kentucky homeless shelter, dismantling white supremacy and ensuring equality for all. "Organizing is inherent to being human, I feel," Garrett said. "We build relationships with one another, take care of each other and adjust when things aren't quite right. I think that in order for us to be our best individual selves, we need to be working with everyone around us to collectively make those adjustments so we can all thrive."

Lesley Garrett, a Bowling Green resident, is a political and social activist whose goal is to dismantle white supremacy in the western Kentucky area.

Garrett calls herself an organizer, a term she defines as empowering others to empower others and encouraging them to make changes toward building a better community. She said a crucial part of her organizing is developing and maintaining relationships.

Garrett said she connects with residents of the western Kentucky area on social media and asks them how they’re doing and what issues in the area they care about.

“‘How can I support you?’ is a pretty common question,” Garrett said. “Checking in on folks is a really key part of what I try to be as an organizer.”

Garrett’s drive to create social change is something she said she began recognizing in herself at a young age.

“I always grew up socially conscious and aware of injustice,” she said.

Garrett originally had ambitions of becoming a photojournalist. After her high school graduation in 2012, she moved to Haiti with her parents who were there for mission work. Garrett said when she was in Haiti she learned the important elements of visual storytelling.

She then moved back to her hometown, Paducah, and started working in a library. Garrett said working there allowed her to be in direct public service with the whole community. She said it offered her the opportunity to learn about how libraries play a part in the democratic process and provided a closer look at issues within her community.

“What really pushed me into straight-up organizing was the 2017 General Assembly,” she said.

Garrett recalled traveling to Frankfort, for the first time with the intentions of lobbying. She said that after that experience, she was “hooked.”

Her efforts now are focused on dismantling white supremacy in the western Kentucky area, a task she refers to as “a tall order.”

“How our systems function is rooted in white supremacy,” Garrett said. “I’d really like to restructure that in a way that is healthy.”

She said her first task in beginning to achieve this goal is helping white people understand that they also have a role in stopping supremacy.

“Education and doing the internal work required to unlearn white supremacy is the first step,” she said. “Building a common understanding about how corrupt our whole reality has been built is the starting place. We need to be working on how our laws work along the way and pairing that with action.”

Garrett emphasized the importance of inclusivity in discussions related to women’s rights.

“We need to incorporate an intersectional approach in our feminism,” she said. “Feminism that isn’t intersectional is worthless because it’s still upholding oppression, just in a different form.”

Garrett named Patti Minter, a history professor at WKU, as one of her mentors. Minter said she can’t remember a time Garrett wasn’t working with her. Minter referred to Garrett as an “integral part” of her own work as an activist.

“Lesley is all in on everything,” she said.

Garrett said that as a white woman, she believes it is important to learn when to step back. She emphasized that liberation can only come from togetherness and intersectionality.

Garrett emphasized the importance of listening.

“Look around, that’s a big one,” she said. “Don’t run and jump to do things where someone has probably already laid the groundwork.”

Garrett said she makes taking care of herself a priority. In a text message, she said that she specifically makes time for rest and exercise. She stressed normalizing mental health and said that she battles anxiety and depression and receiving therapy for it is key.

“Unlearning workaholism is part of dismantling white supremacy, too,” she said. “And is crucial to build a healthy, humane society.”