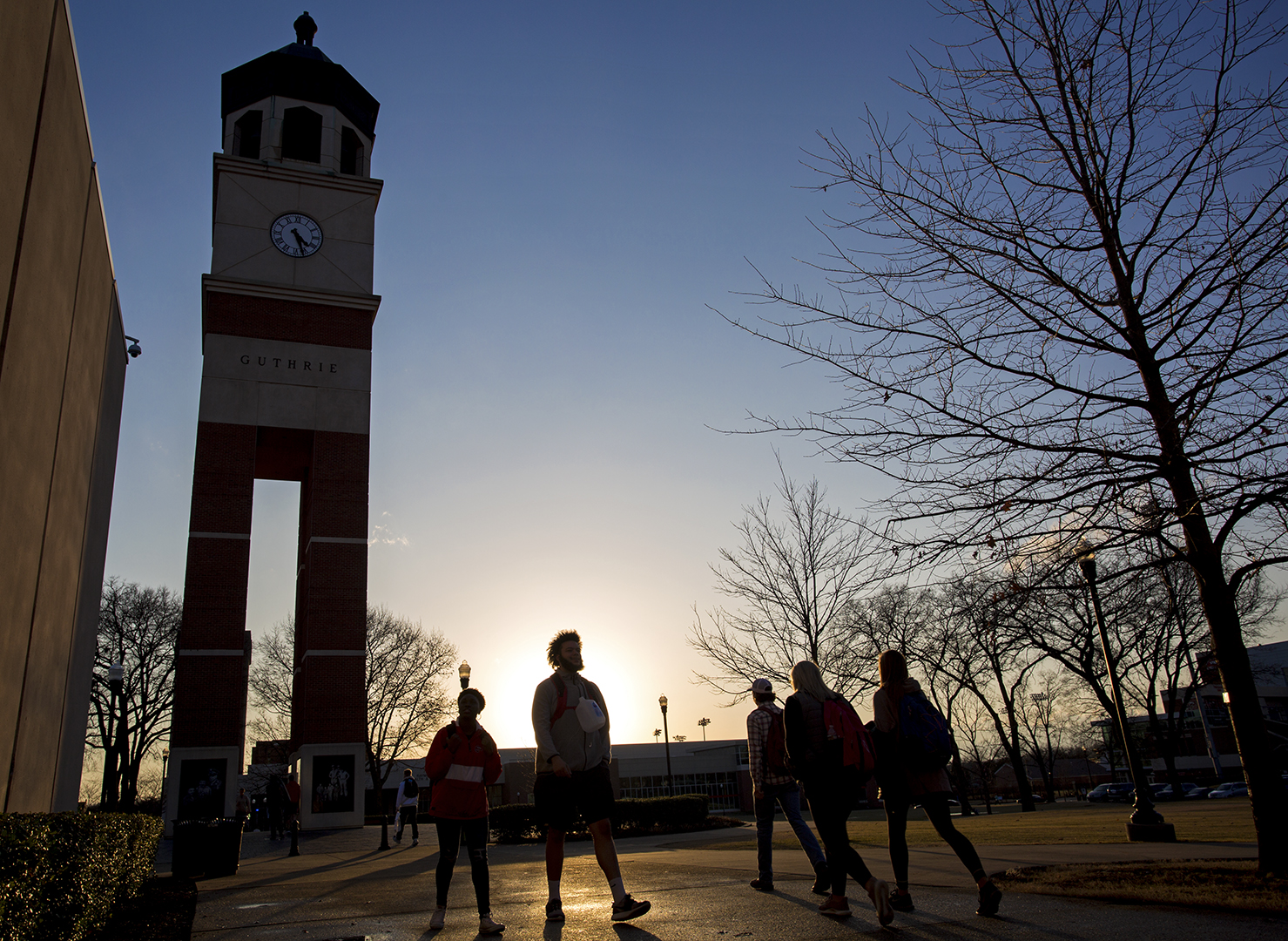 Guthrie Bell Tower was constructed in 2001-2002 and is one of the most iconic landmarks on WKU's campus. While the bells used to be played manually, budget constraints have resulted in the tower being run by a computerized system.

The Guthrie Bell Tower was once played manually on special days at WKU, such as after football wins at Houchens-Smith Stadium, commencement ceremonies and funeral services.

Guthrie Bell Tower was constructed in 2001-2002 and is operated according to a carillon system that weighs about 25,000 pounds and consists of 45 cast metal bells made in France, according to WKU archives. The system could be played on a keyboard housed in a janitorial closet on the top floor of the Academic Complex.

“The Guthrie Tower seemed like an opportunity to have a real carillonneur,” Provost and Vice President of Academic Affairs David Lee said.

Former head of the WKU music department Mitzi Groom, who served as head of the department from 2001 to 2013, said she and former WKU president Gary Ransdell helped decide the Guthrie Tower should feature a playable carillon system.

“You get the donor, you build it and I’ll play it,” Groom said she told Ransdell.

Groom, also a trained organist, said she played the bells from the time the tower was built until the time she retired. She said she played for all kinds of occasions, sometimes just for fun.

“I’d play a lot of times just because I wanted to,” Groom said. Groom later said, “It was used for a lot of different stuff.”

Around 2002 or 2003, a scholarship was developed in the names of Groom and Lowell Guthrie, who helped fund the tower’s construction, which was awarded to piano and organ majors within the department of music, Groom said. Scholarship recipients were awarded $1,000, Groom taught them how to operate the carillon and they were given weekly carillon-playing responsibilities.

Budget constraints and loss of faculty involved in the scholarship forced the department to halt the scholarship and the bell tower’s manual function, said head of the music department and associate professor of music Scott Harris. Harris, who first joined WKU’s faculty in 2013, said much of the tower’s history as a manually operated carillon predates him.

Amid WKU’s recent budget cuts, Harris said he believes the department’s cessation of this function is no surprise.

“I think it’s a testament to the times,” Harris said.

Though the tower does not currently feature a manual operator, Harris said it still operates according to a computerized system and is relatively unchanged.

“Whether it’s played live or through a computer, you’re hearing the same thing,” Harris said.

Groom said she believes “live music is always more fun,” but said she is happy the bells are still in use.

“It cost a lot, so I would think we’d like to honor that investment that the Guthrie family made,” Groom said. Groom later said, “It’s important that the bells keep ringing somehow.”

Groom said she enjoyed her time as WKU’s primary carillonneur.

Lee said he does not believe the carillon’s manual function is permanently gone.

“I’m sure we will again,” Lee said. “A faculty member or a student is going to come forward and say, ‘I want to do that.’”

Lee said he believes the tower’s manual carillon function is special to WKU and should be continued.

“It adds to the campus atmosphere,” Lee said. “Part of what sends the message this is a special place.”