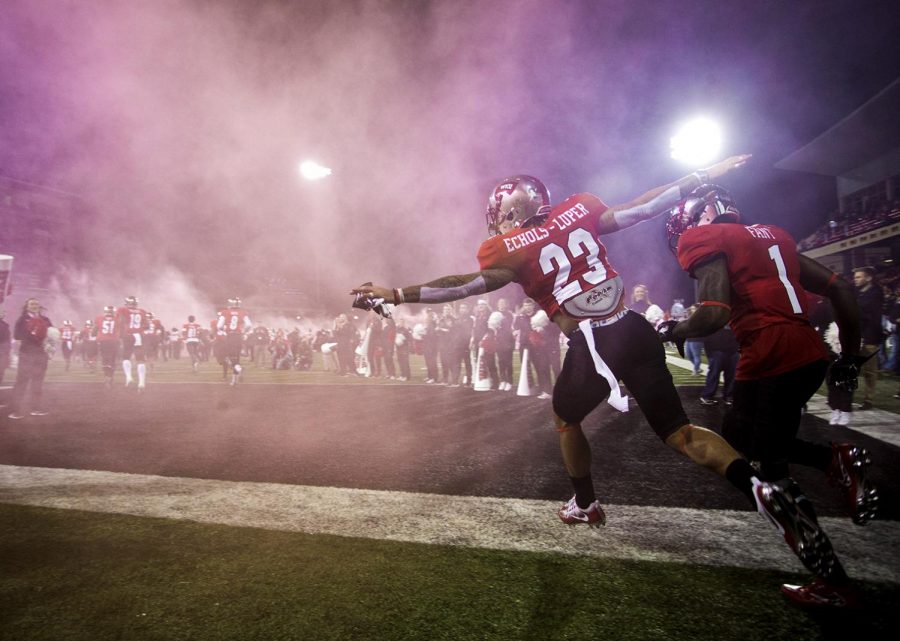 WKU wide receivers Cameron Echols-Luper (23) and Nacarius Fant (1) take the field before their game vs MTSU on Friday Nov 17, 2017 in L.T. Smith Stadium.

Jason Veltkamp will be the new leader of WKU football’s strength and conditioning program, the program announced on Friday.

“We are thrilled to add Jason Veltkamp to our staff and lead our strength and conditioning program,” head coach Mike Sanford said in a press release. “Not only will he be an incredible leader of men in the weight room, he will also be an effective and highly influential person in their lives off the field. Jason has a wealth of experience leading programs to New Year’s six bowl games, and his expertise in injury prevention will be an invaluable resource for our team. He is also a great motivator who will prepare our players to succeed at the highest level.”

He’ll lead the Hilltoppers’ strength and conditioning as they progress through spring practice, leading up to the spring game on April 21.