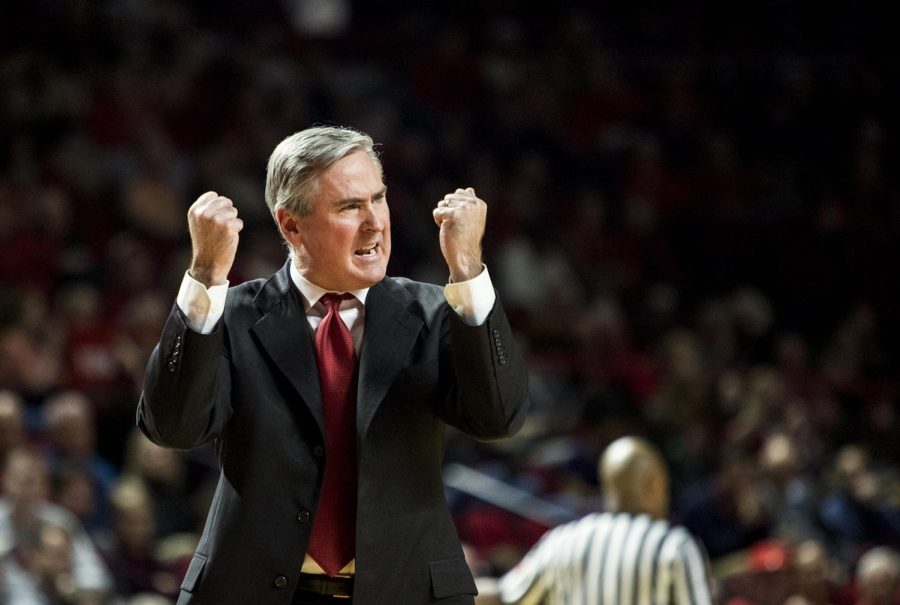 WKU head coach Rick Stansbury would rank in the top 70 of salary among the NCAA’s top basketball coaches this year, according to a report from USA Today.

The USA Today database displays the salaries of college basketball coaches whose programs are either in a Power 5 conference or have been to at least three of the last five NCAA Tournaments.

Since WKU doesn’t fit either category, Stansbury was not listed. But his base salary is currently $650,000, following a $150,000 raise that was approved by the WKU Board of Regents at the Board’s Feb. 23 meeting.

That base salary would put him right behind Middle Tennessee State University head coach Kermit Davis, who makes $750,000 per year in university salary, according to the report. Stansbury’s previous base salary of $500,000 would fall behind both Davis and Iona College head coach Tim Cluess. Davis is the highest-paid coach in Conference USA, and Stansbury is second.

The database was compiled through both direct requests to the schools included or acquisition of the federal tax returns of each school. Duke University head coach Mike Krzyzewski ranked first in base salary at nearly $9 million. University of Kentucky’s John Calipari ranked second.

Stansbury’s $1 million contract buyout is less than one third of Davis’, which was listed at over $3.5 million. Stansbury’s buyout would rank tied for 76th among the listed coaches. But Stansbury’s maximum bonus amount is much higher than that of Davis.

On that same database, Stansbury would rank 16th in maximum potential bonus out of the 63 coaches with bonuses listed. In his contract, Stansbury could make a maximum bonus of $861,250. This would require WKU to win the C-USA regular season championship and the National Championship in the NCAA Tournament. Stansbury would also have to be awarded both Conference and National Coach of the Year.

With the regular season C-USA title going to MTSU this year, Stansbury’s most likely incentive will be the NCAA Tournament. If WKU makes the tournament, as either an at-large bid or as conference tournament champions, Stansbury would get a bonus of $32,500.

Stansbury could also receive a bonus of up to $65,000 based on the team’s academic progress rate. This is all before factoring in that Stansbury receives half of all gross ticket revenue exceeding $800,000.

With WKU basketball announcing an average crowd of 5,444 for the team’s 16 home games in the 2017-2018 season, the highest average since 2007-2008, it is possible that some of that ticket revenue could end up in Stansbury’s pocket as well.