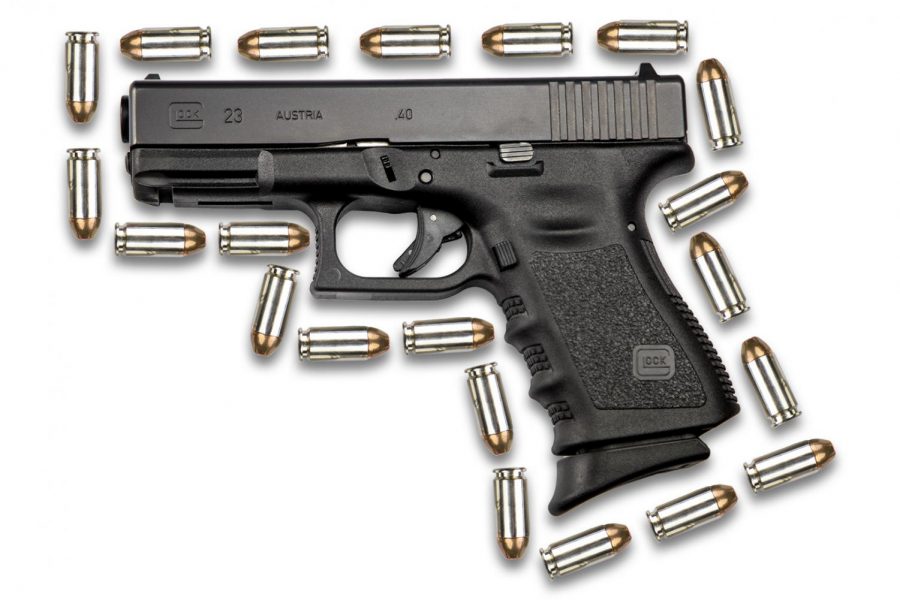 Two high school shootings in the past month have left the country once again debating the nation’s gun laws.

Two 15-year-olds were killed and 18 people were injured at Marshall County High School in Benton on Jan. 23 when a fellow student opened fire inside the building, according to the Kentucky State Police. A little over three weeks later on Feb. 14 in Parkland, Florida, a former student entered Marjory Stoneman Douglas High School with an AR-15 rifle, killing 17 people and leaving 16 injured, according to the Sun Sentinel.

Breanna Carter, 21, a resident of Bowling Green and a WKU student, said she is familiar with gun violence.

“My dad was shot and killed on accident,” she said. “For me, I know guns can bring death close to home. He’s gone because of another person’s actions. He won’t be able to walk me down the aisle.”

Greg Ellis, 71, a resident of Oakland, said he sees the value of owning a gun and supports Americans’ ability to own a gun.

“We have a right to defend ourselves and own guns,” Ellis said. “I have about a dozen. It’s a part of our culture; my father was a hunter, and I was raised with it. When you’re living in a rural area, it’s someone’s livelihood.”

There are 13.7 million hunters over the age of 16 in the United States, according to the U.S. Fish and Wildlife Service.

Laura Miller, 21, a resident of Bowling Green and a student at WKU, said she thinks extra precautions should be used when selling guns to people who suffer from mental illness.

“This past week someone close to me shot themselves,” she said, “I really think there should be a mental health check on anyone in the household of a gun owner … mental health isn’t something you see. There need to be evaluations to uncover that.”

Under federal law, a person can be flagged in a gun-background check and denied purchase of a firearm due to mental illness, but only if they are involuntarily committed to a psychiatric hospital or if a court or government body declares them mentally incompetent, according to CNN.

Maddie Pierce, 21, also a resident of Bowling Green and a student, said she worries about children having access to guns.

“It’s so sad because it shows the gun problem we have in America—it’s getting in the hands of kids—it’s not stereotypical shootings anymore,” Pierce said.

According to the American Academy of Pediatrics, 1.69 million children age 18 and younger live in households with loaded, available, improperly stored firearms.

Rex Reid, 66, a resident of Alvaton and a retired police officer, said obtaining a gun is not very difficult.

“There’s a false narrative that you can just buy a gun without background checks—it’s not as open and easy—but it’s not hard,” he said. “If you and I went to a gun shop, it would probably take about an hour.”

David Stites, 29, a resident of Bowling Green and a cashier at Mellow Matt’s, said he believes that ownership of guns correlates with an inevitable outcome.

“Guns make it very easy to do a very permanent thing,” he said. “It’s a matter of time before someone you know gets hurt and you’re personally affected—it happened so close to us in Kentucky.”