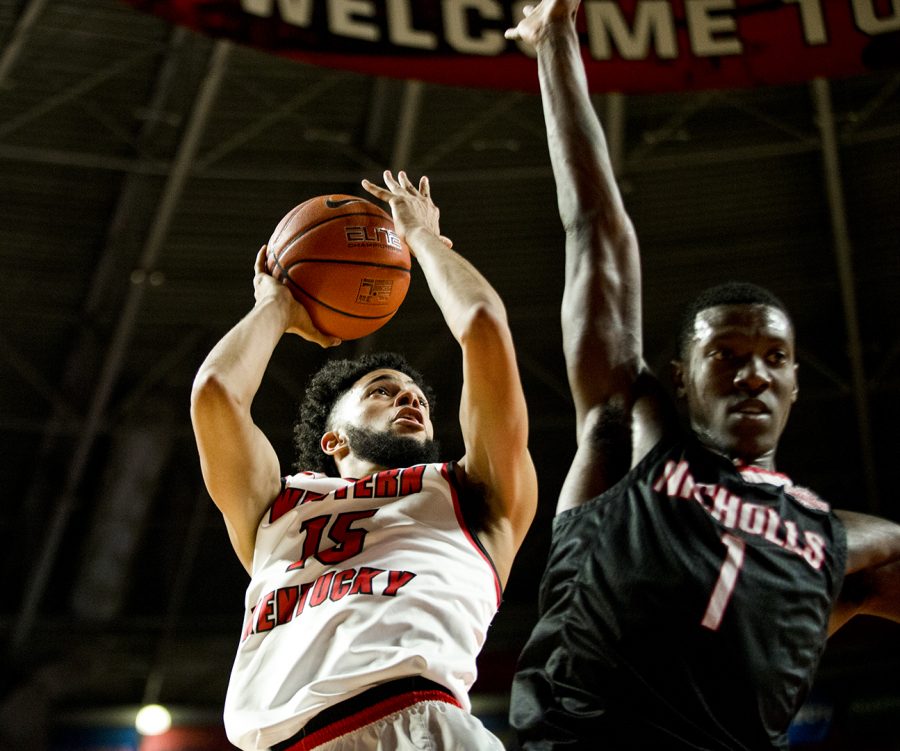 WKU has hit a rough patch in conference play following a difficult road stretch. A difficult win over Texas El-Paso and a loss to Texas-San Antonio has left the Hilltoppers at 2-2 over the last four conference games.

Following a 6-0 start in C-USA play, WKU fell at home to rival Middle Tennessee who is now in first place in C-USA. The Hilltoppers redeemed themselves by defeating Marshall again, but WKU struggled on the road last week. On Thursday, WKU trailed a struggling UTEP team for the majority of the game before pulling away late for a 12-point victory. Saturday, WKU suffered a 74-63 loss to UTSA, the team’s biggest loss of the season to a team that has just a 13-11 record. Following the loss, head coach Rick Stansbury said he sensed his team didn’t play with the effort and toughness he had seen throughout the season.

“When you don’t respect your opponent the right way, this is what can happen,” Stansbury said. “Winning and losing is a fine line. I can take getting beat, that is a part of the game. But [Saturday] we didn’t have that effort and toughness you have to have to win on the road.”

Graduate transfer forward Dwight Coleby and senior forward Justin Johnson have ultimately been the heart and soul of WKU’s basketball team throughout the season. Johnson is averaging 14 points and a team best 9.6 rebounds per game, and Coleby isn’t far behind averaging 12.3 PPG and 8.7 RPG. In the two games vs. UTEP and UTSA, the two were often doubled when the ball was thrown underneath. Johnson didn’t score until the second half against UTSA while Coleby was held to just seven points. The Hilltoppers were also out-rebounded 47-38 in the loss.

“I can take the not shooting it well, missing shots and free throws. It happens,” Johnson said. “But we got beat to the loose balls, the offensive glass, we got beat in the hard work and physicality of the game and that is what is frustrating.”

One positive take-away from the Texas roadtrip was the performance of freshman guard Taveion Hollingsworth. With so much pressure on Johnson and Coleby underneath, the guards were often open on several kick-outs from the paint. Hollingsworth hit five 3-pointers in the second half of WKU’s comeback win over UTEP. The Lexington product also led WKU with 21 points in the loss to UTSA. Down the stretch, teams will likely continue to put pressure on WKU’s guards to score by focusing so much attention on Coleby and Johnson underneath.

“I needed to step up because Dwight and Justin were getting doubled so much,” Hollingsworth said following the UTEP win. “When I’m over in the corner they skip it to me, and I have to shoot it. We all share the ball and nobody is selfish. It’s fun to play with a team like that.”

WKU currently sits at 16-7 (8-2 C-USA) which places them in a tie for second place with Old Dominion in the C-USA standings. The Hilltoppers take on Florida Atlantic (10-13, 4-7 C-USA) Thursday in Diddle Arena.