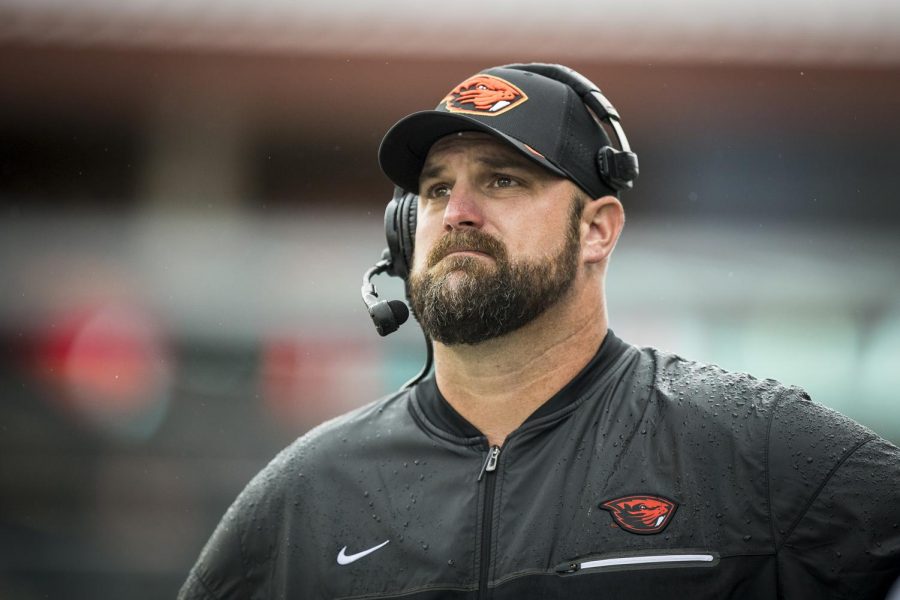 Woods will fill the old role of Geoff Dart, who is recovering from two brain tumors. Dart will stay on staff with the program as the 10th full-time assistant coach, according to a WKU press release.

Woods has 10 years of coaching experience at the college level and has coached in five bowl games. In four years at Oregon State he coached four linemen to all-conference teams, and a couple of his linemen were drafted.

“The addition of TJ Woods to our program is a game-changer for our offensive line unit,” WKU head coach Sanford said in a press release. “He has overseen dominant rushing attacks at the highest level of college football. I look forward to working directly with TJ to produce a balanced and explosive offense on The Hill in 2018 and beyond.”

Woods was Wisconsin’s offensive line coach from 2013-2014. With Woods at the helm of the offensive line in 2014, former Badger running back Melvin Gordon ran for 2,587 yards and set an NCAA single game record with 408 rushing yards. In 2013, Gordon and James White became the first running back duo in NCAA history to each run for 1,400 yards in a season.

At Oregon State, Woods’ offensive line helped the team run for a program-best 5.2 yards per carry in 2016. The Beavers were 59th in the nation in rushing offense that year. They finished 101st in rushing in 2017, and were in the bottom third of NCAA FBS teams in total offense the last two years.

“My wife, Kelly, and I are excited to be a part of the Hilltopper family,” Woods said in a press release. “To be able to work for Coach Sanford and represent Western Kentucky University is a tremendous opportunity, and I look forward to building on the great tradition of tough, tenacious offensive line play here at WKU. My family and I are eager to join the Bowling Green community and get to work.”

Woods’ offensive line will be tasked with helping to improve a WKU run game that finished last among all FBS teams in total rushing offense in 2017.