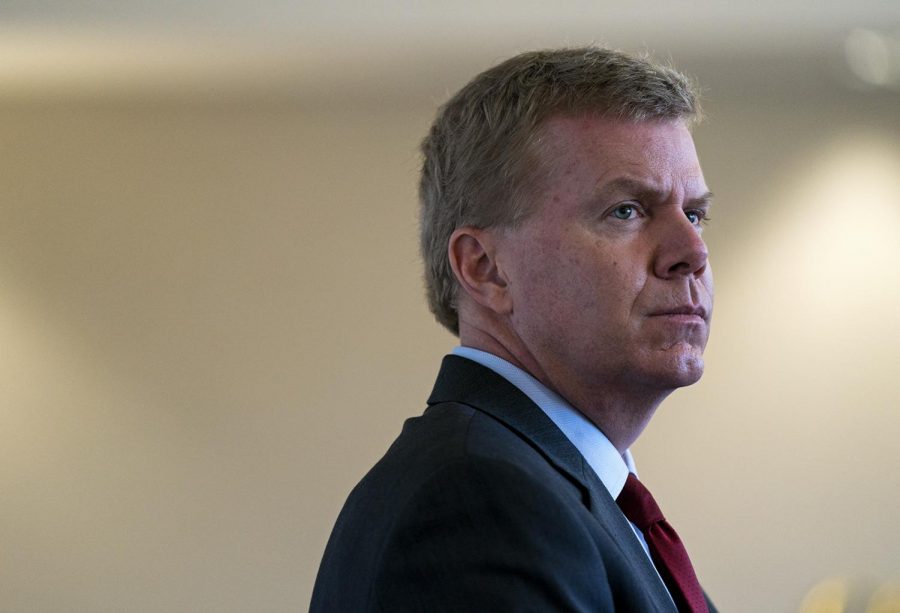 WKU Athletics Director Todd Stewart stands before the Board of Regents on Jan. 26 in Jody Richards Hall to ask that Rick Stansbury's annual base salary be raised by $150,000. At the Board of Regents meeting on Feb. 23 the WKU Budget Council reccommended a $1.3 million athletics budget cut.

At Friday’s WKU Board of Regents meeting, the recommended Budget Council budget cuts were revealed, which included an athletics budget cut of over $1.3 million.

The $1.3 million signifies an approximate 8 percent reduction athletics is bearing for the overall $15 million deficit.

“Everyone across the university will share in some part of this pain,” President Timothy Caboni said in a press conference following the meeting. “They certainly will share in some portion of the reduction. At the same time, we want to make sure that we continue our winning traditions … that’s important for us as we work through our recruitment opportunities.”

In the budget restructuring plan, the Budget Council recommended that the university “Ensure institutional support for Athletics is addressed in the RAMP (Resource Allocation, Management and Planning Committee) process in the development of a new budget model.”

During the regents meeting, Caboni said people in positions eliminated will be able to keep their position until June 30, unless they choose to leave earlier.