Photojournalist dedicates himself to telling stories of Bosnia, creates documentary 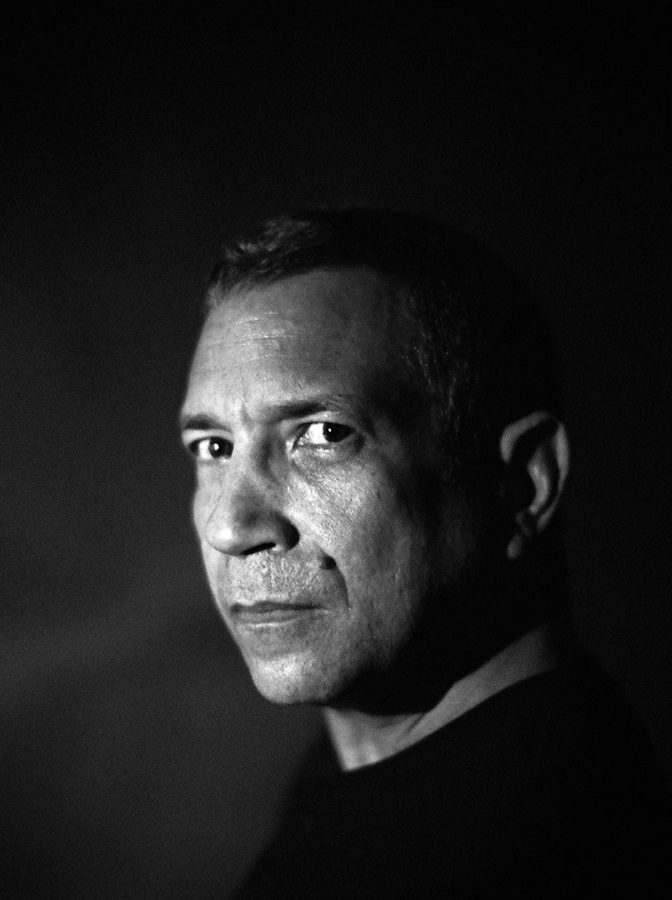 Photojournalist Roger M. Richards decided to cover the siege of the Bosnian capital of Sarajevo in 1992, but ended up spending 26 years telling the story of the Bosnian War. His cinematic essay "Sarajevo Roses" is currently in limited screening, and was presented at WKU on Jan. 31.

In 1992, the war in Bosnia-Herzegovina erupted, and photojournalist Roger M. Richards decided to cover the siege of Sarajevo, the capital of Bosnia. The war lasted for four years, but Richards dedicated himself to telling the stories of the Bosnian people, and for 26 years he has been back and forth.

His final product, the cinematic documentary “Sarajevo Roses,” was screened in Jody Richards Hall on Jan. 31.

“Oh my god, I have entered hell itself,” Richards said he remembered thinking as he arrived in the Bosnian capital of Sarajevo one day after the national library was attacked and set on fire in August 1992.

“You could see the smoke rising,” he said. “Buildings were burning and it felt like driving into hell. The street was completely deserted and in the air, where there’s usually a sound of bustling activity, there was nothing. It was dead quiet besides gunshots and explosions.”

Beginning in 1991, Yugoslavia dissolved. National conflicts between Serbia and the rest of the Republic led to the removal of Slovenia, Macedonia, Croatia and Bosnia.

The war in Bosnia broke out in 1992, after the country declared its independence, and the siege of Sarajevo began with a sniper attack on a peace demonstration in April 1992.

It was a war between the country’s ethnic groups: Bosnian Serbs, Croats and Muslims. For four years, the groups fought in different alliances and with support from troops and weapons from Serbia and Croatia.

Richards lived in Florida at that time. He was 30 years old and as a photojournalist, he had previously covered conflicts such as the U.S. invasion of Panama, the civil wars in Nicaragua and El Salvador and had the experience of maneuvering around in war zones. As he visited his mother in Spain, he had gotten so curious about Sarajevo that he decided to go. For 26 years, he dedicated himself to the story of Bosnia-Herzegovina.

Richards said he’s lost track of how many times he went to Bosnia throughout those 26 years.

“It overcomes you,” Richards said. “You realize there’s a certain point where it becomes personal. You realize certain abilities and obligations. I learned that I could function when everything was going crazy around me, and that I had the ability to find my core purposes for being a photojournalist. You either walk away, or you jump all the way in. And I decided on the last thing.”

Getting films shipped out in a conflict zone was a difficulty Richards faced in the beginning of the 1990s. He said making satellite phone calls and finding strangers as couriers, hoping that your films would be developed in a different country is an extinct method of storytelling. Technology has made it easy for everyone to shoot moving pictures and stills, and you don’t have to call yourself a documentarist, a journalist or a photojournalist anymore to be able to shoot and broadcast footage, he said.

The siege of the Bosnian capital of Sarajevo, beginning in 1992, was the longest of the 20th century. Four years of suffering, not unlike the genocide in Rwanda, the war in Bosnia triggered the worst mass killings of civilians in Europe since the Holocaust in World War II.

The 1990s were full of conflicts. There were 500,000 casualties since the Somali Civil War in 1991, and the number of casualties in the genocide of Rwanda in 1994 was nearly 1 million.

During the siege of Sarajevo, hundreds of thousands of artillery and mortar were fired into the city from the surrounding hills. As each exploded, it left a crater in concrete resembling a flower. Citizens painted the craters red and called them “Sarajevo roses.”

The following is a brief question and answer session with Richards on his documentary. Some answers have been condensed for space and clarity.

Q: Why did you choose to cover the conflict in Bosnia-Herzegovina? Shouldn’t people care about Rwanda and Somalia as well?

Richards: It is a personal decision. You get committed. I think what happened in Bosnia proved that civilization is a fragile thing. Our modern world, everything we have – that could all go away very quickly. I could identify with Bosnia. If it could happen here, it could happen anywhere in the world.

Q: In a world where everyone has access to cameras, why is photojournalism still important?

Richards: Photojournalism is to communicate. To have a vision. To get other people to grasp. People can shoot beautiful pictures, and they edit it and put music on it and call it a film. But that’s no story. There has to be a point to it. If people don’t get the point, there’s no communication.

Q: What is it you want to communicate?

Richards: The main thing is to see that civilization is fragile. And how to treat each other will determine how things will end out. It does not matter if it’s in Bosnia, it can happen anywhere. There’s a fine line between civilization and chaos.

The film “Sarajevo Roses” is currently in limited release. The upcoming screenings will be: