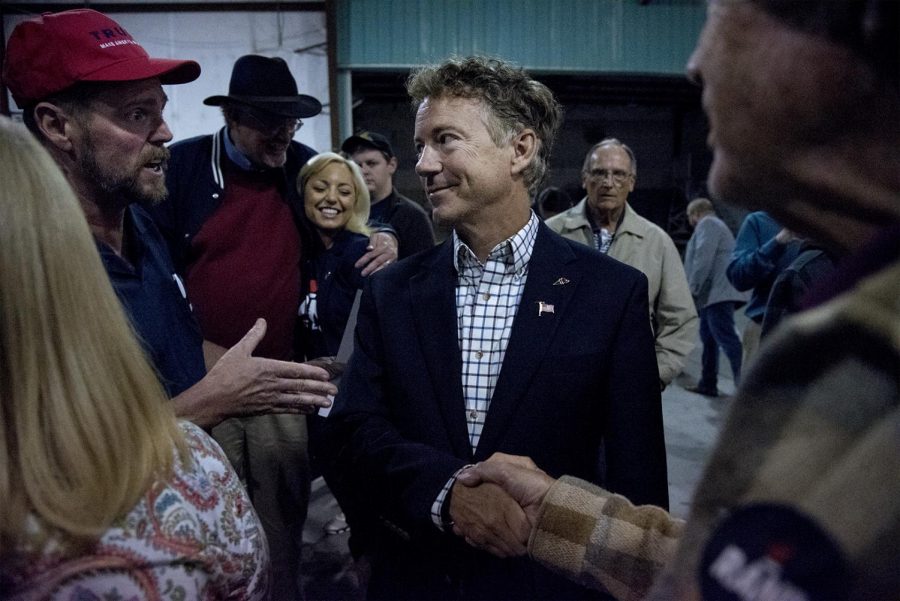 U.S. Senate incumbent Rand Paul ended his campaign rally in his hometown of Bowling Green by thanking supporters. Paul is running to be re-elected for a Kentucky seat in the U.S. Senate. Paul has already served one term.

Rene A. Boucher, 58, of Bowling Green, who was accused of attacking U.S. Sen. Rand Paul in November is facing federal charges, according to the U.S. Attorney’s Office for the Southern District of Indiana.

On Nov. 3, 2017, Paul was mowing his yard while wearing headphones. Boucher allegedly witnessed Paul stack brush onto a pile near his property and “had enough.” Boucher ran onto Paul’s property and tackled him, according to the press release.

As a result of this assault, Paul suffered multiple fractured ribs and subsequently contracted and required medical attention for pneumonia. Boucher admitted the assault but denied it was politically motivated, the release states.

“Assaulting a member of Congress is an offense we take very seriously,” Josh J. Minkler, the United States Attorney for the Southern District of Indiana said in the release. “Those who choose to commit such an act will be held accountable.”

This case was investigated by the Louisville office of the FBI.

Boucher has signed a plea agreement but no date has been set for the taking of his guilty plea and the imposition of sentence.