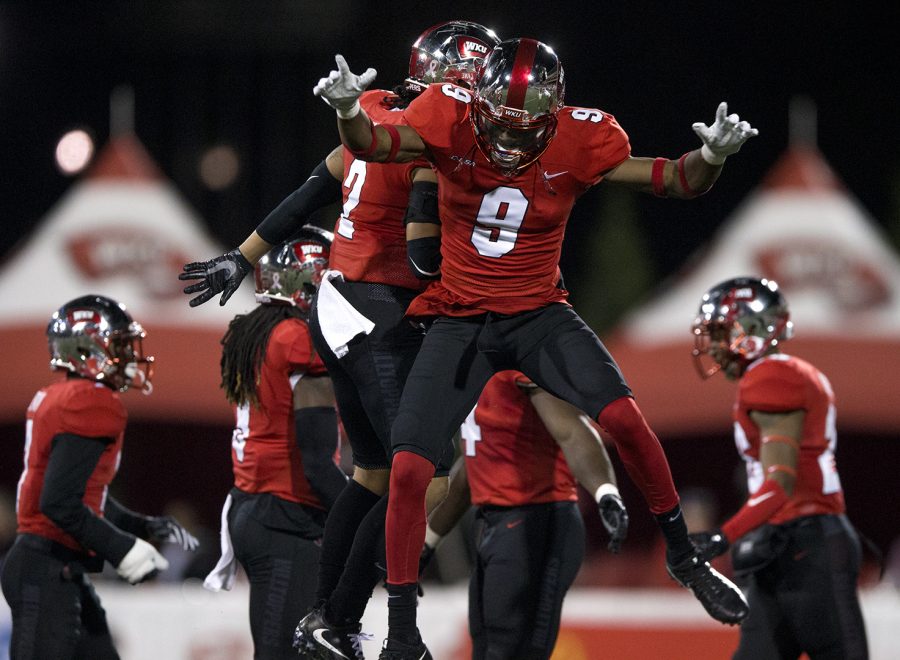 After a 6-6 season that fell short of expectations, WKU will look to make amends by winning their sixth straight postseason game and finish with a winning record for the seventh consecutive season. It’ll be the last go-around for several key WKU seniors such as quarterback Mike White, offensive lineman Brandon Ray, wide receivers Cam Echols-Luper and Nacarius Fant, cornerback Joe Brown and defensive lineman Chris Johnson.

“It’s exciting to do this one last time with my brothers,” Johnson said. “We have a strong bond here as a team and we have one more time to strap it up. We’re going to take advantage of this time together and have fun.”

Georgia State opened the season with a 17-10 loss to Tennessee State of the FCS level. The Panthers then won six of their next nine games before losing their final two games to conclude the season. The biggest challenge for WKU will be defending GSU receiver Penny Hart. Just a sophomore, Hart won the Sun Belt triple crown in receiving, finishing the regular season with 73 catches (T-1st in Sun Belt) for 1,094 yards (first in Sun Belt) and 8 touchdowns (T-1st in Sun Belt). Senior cornerback Joe Brown will likely get the task of defending the nation’s 12th-ranked receiver in yards. The match-up also pits two quarterbacks who put up efficient numbers in 2017. GSU’s Conner Manning and WKU’s Mike White both threw just seven interceptions while compiling a QB rating of 135.7 or higher.

“Manning is a good manager of the game, they have a really good wideout in Hart, their backs run hard and they have a well-coached o-line,” WKU defensive line coach Jimmy Lindsey said. “We have a great challenge ahead of us. We have to go out and execute and play disciplined football.”

As for White, the graduate senior will look to stay efficient in his final game of what has been a stellar career in red and white. In his final collegiate season, the South Florida transfer threw for 3,826 yards (first in C-USA) and 24 touchdowns while also running for a team-high six touchdowns. He also completed 65.6 percent of his passes while posting a 139.84 quarterback rating. To remain efficient in his final game, White will have to do so against a 3-4 defense led by safety Bryan Williams. Williams has recorded 57 total tackles and a team high four interceptions, and will look to give White fits in the final game of his own.

“They’re very sound, they do a good job in their schemes,” WKU offensive coordinator Junior Adams said. “They play very hard, they play fast and they don’t make many mistakes.”

The Hilltoppers and Panthers kick off at 1:30 p.m. Central Time at Camping World Stadium in Orlando, Florida. The game will be televised on the CBS Sports Network.