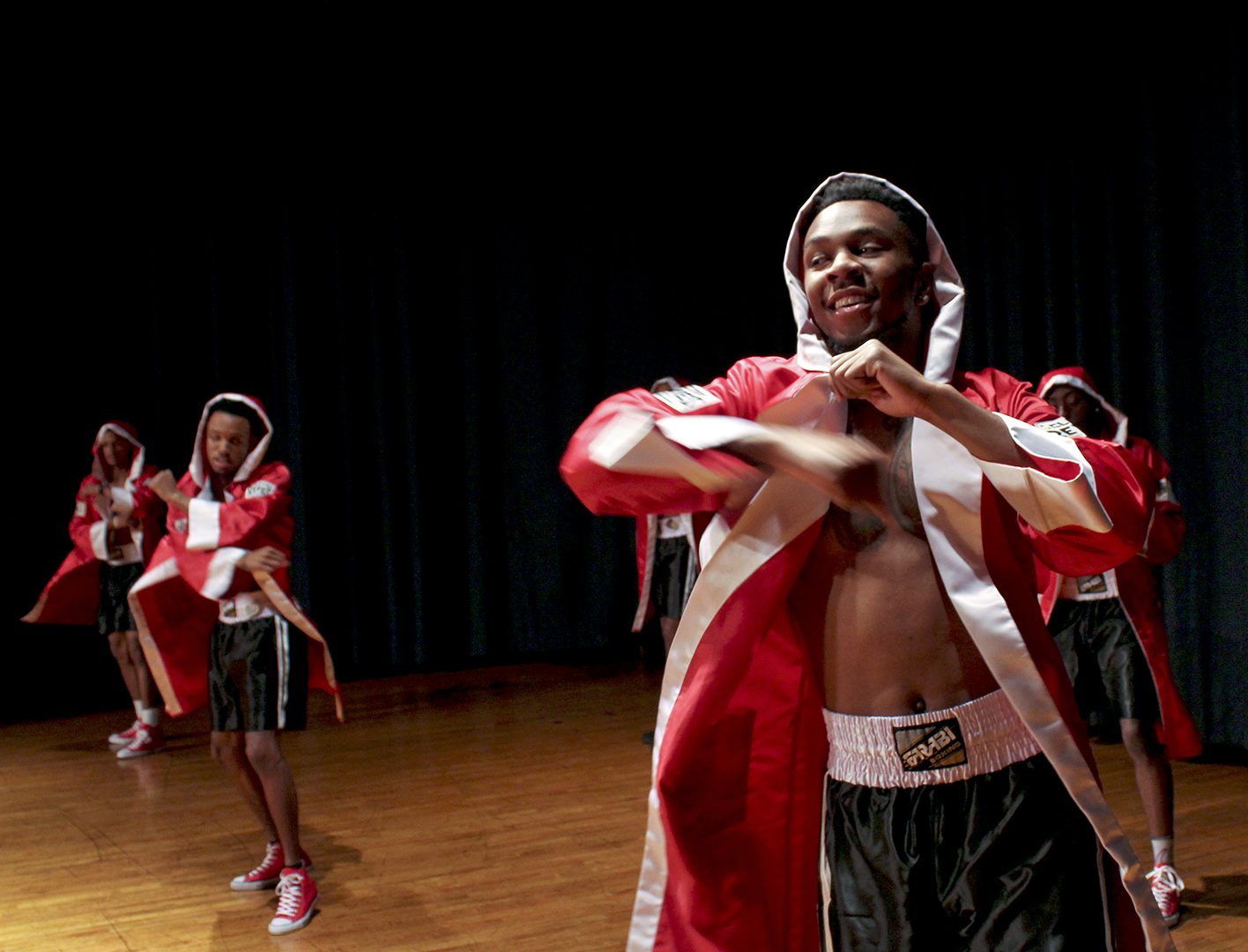 “Mr. Devastating” will include five contestants from various Pan-Hellenic organizations, who will be judged based off an introduction, business wear, date night attire, swimwear, talent and a final question.

In order to prepare for the pageant, contestants have not only been practicing for two hours per night, Monday through Friday, since late September, but have also participated in community service and etiquette classes, wherein topics such as financial responsibilities and how to properly dress and respect others have been discussed.

Lexington senior and “Mr. Devastating” co-chairwoman, Danielle Dailey, says the purpose of the pageant is to “build up men” and “portray men in a better light through community service.”

“If these men are doing [community service],” Dailey said. “[Everyone] can do it.”

By participating in community service and showing that men are equally capable of succeeding in pageantry, an area historically dominated by women, Dailey hopes the dynamic of “Mr. Devastating” can generate a sort of “chain reaction” and lead to greater community change.

Indianapolis senior Danielle Lee serves as “Mr. Devastating” co-chairwoman alongside Dailey. Lee appreciates “Mr. Devastating” for its role in defying sexism and promoting unity via its depiction of males in a typically female setting.

“It’s good that guys know they can do the same,” Lee said, stating that “to get men out of their comfort zone” is to induce change and promote equality.

Lee also discusses the importance of the pageant’s first place prize, a $350 scholarship, remarking on the goal of “Mr. Devastating,” to “promote community service and provide educational opportunities through scholarships.”

Louisville native and sophomore Shayne Howell will represent Alpha Kappa Psi fraternity in the pageant. Howell believes the scholarship opportunity lends to the experience but emphasizes the change “Mr. Devastating” has inspired in his life.

“It felt good . . . I was actually interacting with the community,” Howell said, discussing community service he performed with the pageant’s other contestants. “I would love to do that again.”

Along with the impact “Mr. Devastating” has had on the Bowling Green community, Howell enjoys the pageant’s innovative and gender-defying design.

“I’ve always wanted to do a male pageant,” Howell said. “I can look back at myself and be, like, ‘I did that.'”

“It’s not the Miss Kentucky USA,” McCaig said. “How often do we see pageants that are dedicated to African-American men?”

“Ultimately, it shows that there is a care for African-American men, especially in a society where African-Americans are not as spoken about,” McCaig said. “It gives a sense of unity.”

In speaking about unity, McCaig hopes “Mr. Devastating” can work to bring together the Greek communities of the Interfraternity Council (IFC) and the National Pan-Hellenic Council (NPHC) at WKU and hopefully draw an audience of members of both IFC and NPHC organizations, which he believes seldom occurs.