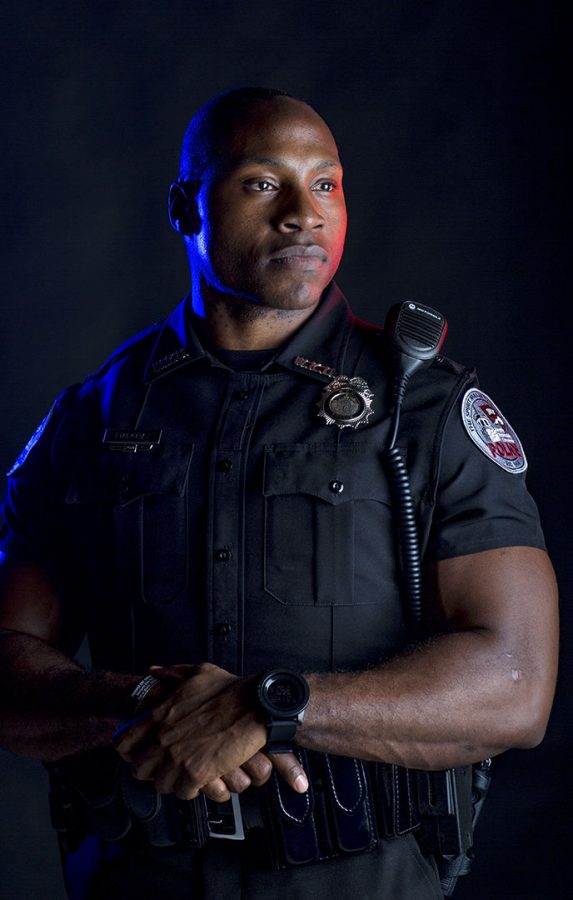 Public Information Officer Timothy Gray of the WKU Police Department grew up in the south side of Nashville, TN. Gray has lived in Bowling Green since 2004, and after previously working on a joint terrorism task force with the FBI, described his current position as unexpected. WKUPD needed someone who was connected, and aimed to move in a new community-based direction. Gray’s passions lie in race relations and breaking down the barriers of race. “People fear what they don’t understand,” Gray said. “We wanted to create an atmosphere that was transparent and honest.” Gray values the power of respecting people, and getting to know the community he serves. He acknowledges that there is a level of distrust with the Police Department and certain minority groups in the community. “There are some folks wearing this uniform that shouldn’t be, but those are the few,” Gray said. “Seek first to understand, then be understood.” He is passionate about asking tough questions, and seeing what the Police Department can be doing better. “We are servants. That’s who we are, that’s what we do.”