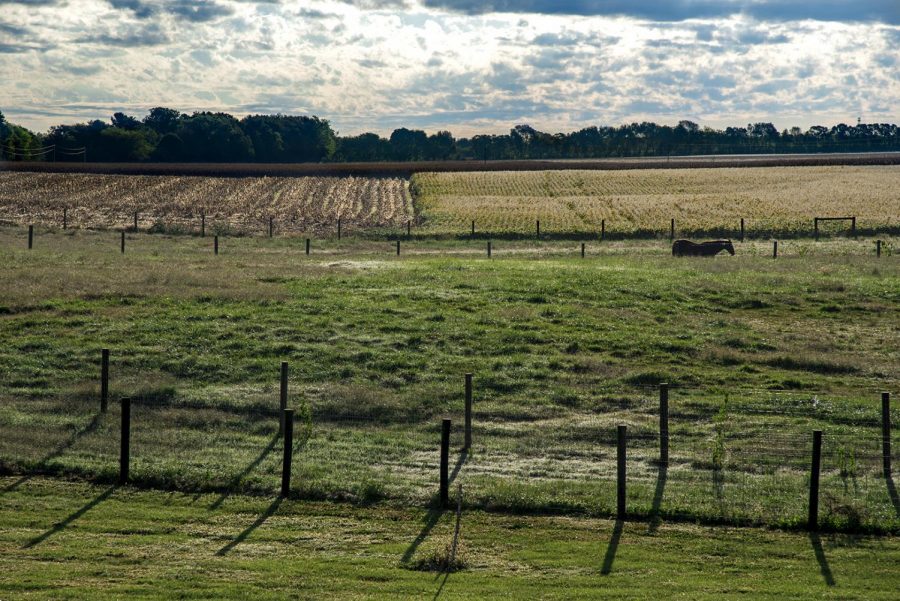 The WKU Ag Farm hosts a number of diverse programs, some of which are being highlighted during Homecoming for 2017.

The department of agriculture is hosting new events for Homecoming in hopes of bringing alumni together and showcasing their new cheese-making unit.

On Friday, Oct. 13, the department of agriculture will host “An Evening at the WKU Farm,” with a dinner and farm tours. On Saturday, Oct. 14, they will hold the “Festival of Friends on South Lawn.”

According to the Alumni Association website, “An Evening at the WKU Farm” will kick off with a welcome event at 4:30 p.m. on Oct. 13, which will feature farm tours, a meet-and-greet with alumni and a look at Hilltopper Creamery and the cheese-making facility.

“An Evening at the WKU Farm” will also include a dinner and award ceremony. There will also be a chartering of the renewed Agriculture Alumni Group.

“An Evening at the WKU Farm” will conclude with a “Concert in the Vineyard” at 8 p.m. by Rye Davis, who graduated from WKU in 2012 and was featured on ABC’s “Rising Stars” competition.

The next day, the Department of Agriculture will host an official tailgating event before the football game at the “Festival of Friends on South Lawn.” It will last from 11 a.m. until 3 p.m., and refreshments, including WKU cheese from the Hilltopper’s Creamery Cheese, will be provided.

Loren Gross said primary coordinator for the Agriculture Homecoming Events, past Homecoming events included a brunch or luncheon with an award ceremony. However, attendance has decreased, and the department of agriculture wanted to “draw in more people” this year.

By working with the Agriculture Department Advisory Board, gathering alumni from across the state and modeling the event after other universities’ Homecomings, Gross and the Department of Agriculture “compiled an event to dwarf all events past,” Gross said.

The department of agriculture has been preparing for their Homecoming events since April of 2017 in hopes of drawing a larger crowd. However, a main focus of the event fits in with WKU’s Homecoming theme, “There’s no place like home.”

Fran McCall, who graduated from the department of agriculture in 2006 and served on the Alumni Association Advisory Board last year, said the board wanted to get alumni more involved. McCall said there is “no better way to get excited about the department than Homecoming.”

“I hope the [Agriculture] Alumni Association will take off and grow,” McCall said.

However, the Department of Agriculture also wants to use the Homecoming events as an opportunity to showcase Hilltopper’s Creamery Cheese.

McCall said Hilltopper Creamery is an “up and coming growing industry” that could “reach a different audience of prospective students” and give them an “opportunity to learn.”

Members of the department of agriculture said they hope the Homecoming events will spread information about the department to students, faculty and alumni.

“We hope to showcase the farm, WKU agriculture and most importantly, bring alumni home and have them reconnect,” Gross said.