The Walkthrough: NCAA shakeup furthers narrative of disappointment in America 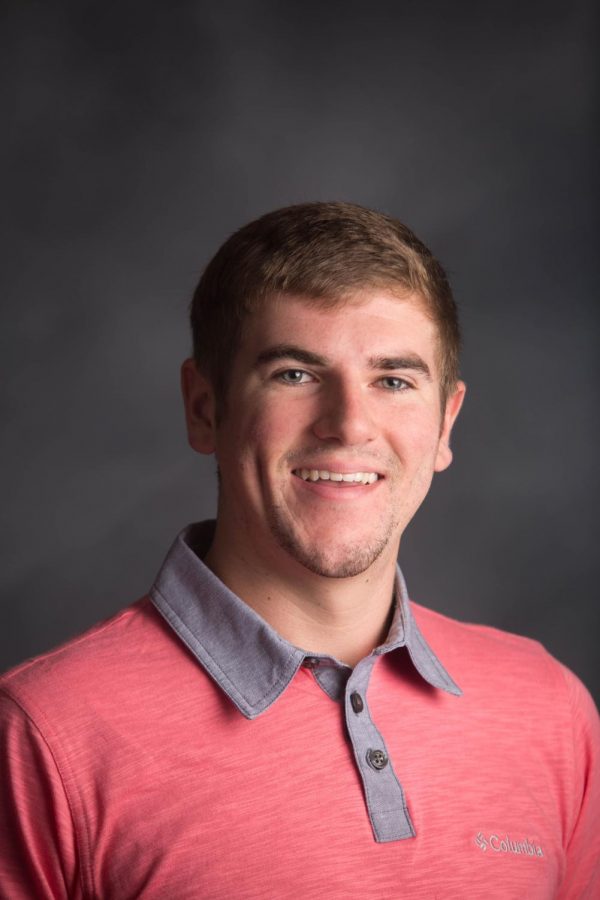 Evan Heichelbech is the sports editor of the College Heights Herald during Fall 2017.

It’s now been one week since the biggest scandal in modern college sports history rocked the college basketball world to its core.

While the details of the most damning scheme in amateur athletics are complex, the facts are simple: student athletes are being paid by shoe companies, AAU officials and college coaches to play college basketball.

In an FBI report last week, the FBI —yes, that’s the Federal Bureau of Investigation— exposed and uncovered what has long been the worst kept secret in college basketball. Players, coaches and their programs have long dealt with rumors and attacks of illegal recruiting methods, eligibility concerns and rule breaking swirling above their heads, but they had never been caught with tangible proof. Until now.

When I woke up to the news that would forever alter the future of my all-time favorite sport seven days ago, it took several hours for the magnitude of the situation to truly set in. Honestly, no one really knows what’s going to happen or how long it will take for these investigations to unfold and unravel the nature of not just college hoops, but college athletics and the NCAA as an entity altogether.

Without delving too deep into the details of the FBI’s investigation, there are several important things to understand. First, this was an FBI sting operation guided by the aid of a cooperating witness to use wiretaps and undercover tactics to reveal the backroom deals to pay players. As a byproduct of that, arrests have already been made and those who will presumably be charged could potentially face decades of prison time on charges of bribery, fraud and tax evasion among others in the illegal funneling and wiring of money. The paper trail is traceable and real. This is quite different than a postseason ban or a reduction of scholarships. This is changing people’s lives.

I’m purposely going to avoid commenting or speculating anything pertaining to the unique states of crises at universities across college basketball because it could all change in a major way at any given moment.

There are no apparent reasons for WKU or Rick Stansbury to be involved at this time, but with the vibes the FBI has radiated and the things national media outlets have reported over the past week, no coach or program should feel safe at this point. The FBI has hard evidence against the schools already notified and purportedly has a long list of guilty parties left to run through.

With the burden now seemingly placed upon universities and administrators and coaches named by the FBI as well as the shoe company executives, AAU and college coaches arrested last Tuesday, the root of the issue lies within the association that ultimately caused it all: the NCAA. And sadly, the NCAA is the main player in this Cohen Brothers-esque plot turned into reality that will slide through the mess without immediate public condemnation.

So how can the most corrupt, hypocritical and severely incompetent organization in major American sports fix this? There’s only one way. The rules governing the cluttered, unclear and illogical definition of amateurism within the NCAA’s realm must change. Or, even better, be completely removed.

The NCAA is so backwards in its direction that it couldn’t even begin to clean up its own mess, and that’s assuming that it wanted to in the first place. An extension of the federal government had to step in and has reportedly told the NCAA to stay out of its way.

Now more than ever, the idea of the “student athlete” is laughably unrealistic and it all traces back to the extreme hypocrisy of the NCAA, an organization rolling in money while also trying to keep its athletes – the human beings overwhelmingly responsible for NCAA president Mark Emmert and his kingdom’s billions in income – from earning a dime. There is no longer a place for amateurism in major American collegiate sports.

If student athletes were treated fairly and justly compensated, last Tuesday’s bombshell likely never would’ve exploded and it certainly wouldn’t have been so widespread and salacious in nature.

This isn’t a perfect world and perhaps a functional form of amateur compensation does not exist, but obviously neither does the current form of inequity the NCAA has in place.

Even without mentioning the national anthem protests across the NFL and the uncalled for and reproachable role of our nation’s leader in that controversy, the shakeup of the sports landscape right now in America is extraordinarily disheartening.

The negative light of a sports story should never shine brighter or register on the same level of corruption, deceit or heartbreak that this world already deals with way too often.

Hurricanes have been ravaging major American cities and Puerto Rico for the last month and the deadliest shooting in U.S. history occurred Sunday night in Las Vegas. But all people want to talk about is the evil that lies within the hearts of college basketball coaches and kneeling professional football players.

Sports are a form of entertainment, avenues of escape from the troubles and hardships of everyday life. Here’s to hoping they return to that sooner rather than later, if that’s even possible.