Attendance numbers down at WKU and across C-USA 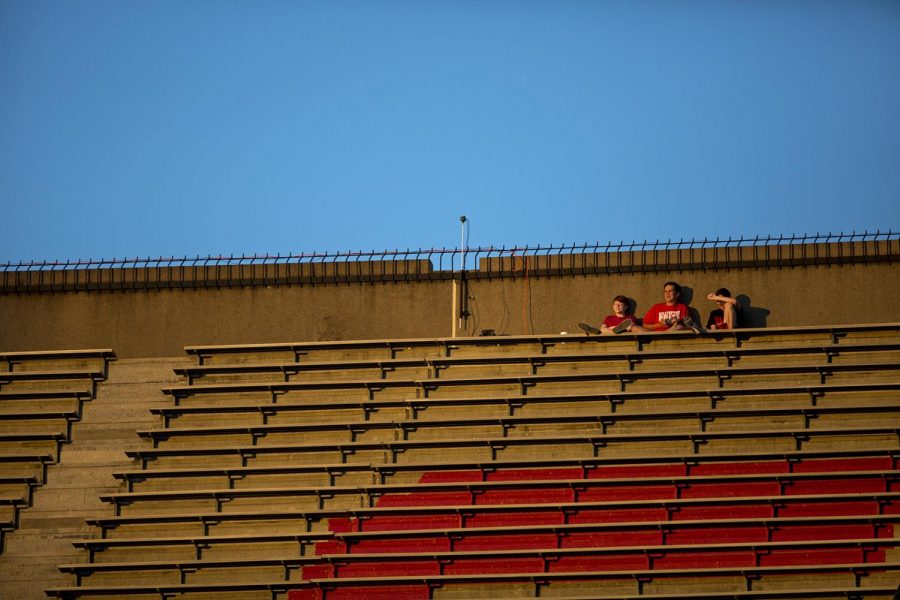 A group of kids watch WKU's game against Eastern Kentucky at Houchens-Smith Stadium on Sept. 2. Through three games this season, WKU is 12th in attendance in Conference USA with an average of 17,476 fans per game.

WKU and the rest of Conference USA have had poor attendance numbers this football season, but the Hilltoppers in particular have struggled to get fans into Houchens-Smith Stadium.

WKU also struggled to fill the stadium for certain games last season, even in the C-USA Championship game in the final home game of the season, when 13,213 fans saw the Hilltoppers get their second consecutive conference championship win over Louisiana Tech. WKU finished 9th in the C-USA in attendance.

So far this season, WKU is 12th in attendance in the C-USA, averaging 17,476 through three home games. The Hilltoppers’ highest attended game in 2017 so far was the season opener against Eastern Kentucky, which drew 18,614 fans into the Houch.

WKU announced attendance of 16,223 for the LA Tech game in Week 3, and saw an increase to 17,590 for the Ball State game the following week, which was parent’s weekend at WKU.

The rest of the C-USA has had mixed results in attendance this season. Middle Tennessee State, arguably WKU’s biggest rival, has averaged more fans this season than in 2016, but remains in 10th place in the C-USA attendance rankings.

MTSU’s average was helped by playing nearby Vanderbilt, a game attended by 26,717. Last week, which was MTSU’s homecoming, the attendance dropped to 15,527 for the Blue Raider’s game against Florida International. MTSU’s Floyd Stadium holds 30,788.

The average attendance for FBS schools in 2016 was 43,106 which was the lowest average number for attendance since 2000.

WKU hopes to have better attendance numbers for their homecoming game against Charlotte, a C-USA school that is dead last in the conference attendance rankings.

At his press conference on Monday, Hilltopper head coach Mike Sanford had a list of things he hopes to see from the WKU community for the homecoming game.

“We’re really hoping for a packed house,” Collins said. “I know in the past homecoming has always been a really good game, a really good turnout and I hope that’s the same. We want to run out of the tunnel and see a packed Houch.”

The Hilltoppers hope to improve their play on the field after nearly losing a 15-14 nail biter last weekend to an 0-5 Texas- El Paso squad led by an interim coach and missed three field goals, including one with 2:01 remaining that would have given the Miners the lead.

“We’ve got to find ways to win football games,” Samford said. “And we want to do that in front of an unbelievable crowd and a great environment this weekend, and I fully anticipate seeing that. We need the fans to come out.”