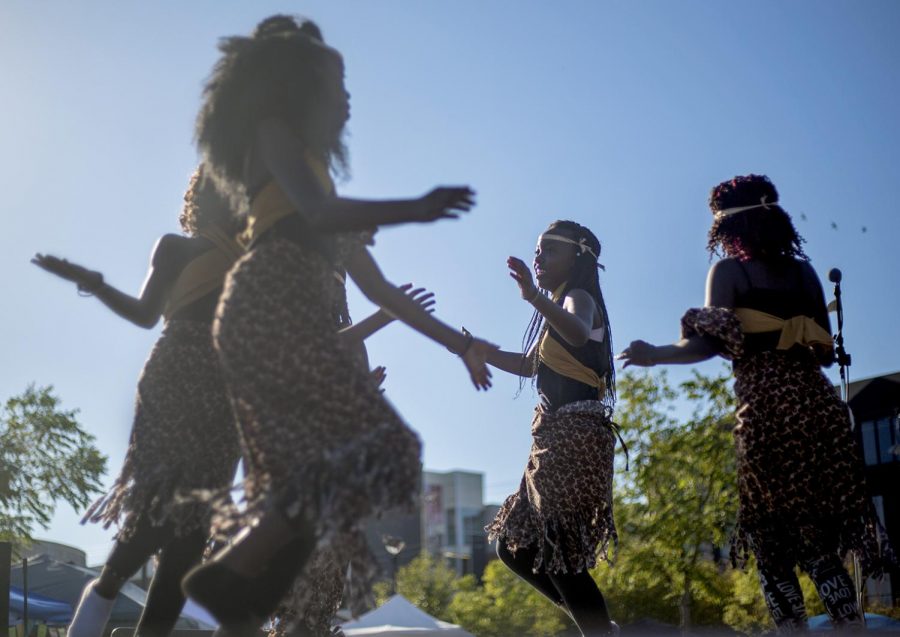 Species Nyiramana is the leader of one of the groups who performed at Bowling Green's International Festival on Saturday, Sept. 30. The group danced to fast-paced music in various African languages to represent their culture.

The festival is a celebration of the city’s ethnic diversity. It serves to educate attendees about the cultures that coexist in Bowling Green and entertain them through activities, celebrating the richness that results from the unique amalgamation of individuals from all over the world.

This year, over 15,000 people were in attendance, and people came from all over Kentucky to enjoy the nearly 170 booths that sold everything from traditional garb to henna tattoos to vegan egg rolls, in addition to offering information and education on hundreds of nationalities and ethnicities.

Complimentary services included live music all day, with performances by a Burmese dance troupe, a Roma band, Malaysian and Filipino martial artists and a number of others, many of whom blended their traditional cultures with more modern musical or artistic styles. The audience grew throughout the day, and soon there was standing room only in front of the stages.

The Bowling Green International Festival is an annual occurrence hosted by the 501(c)3 organization Bowling Green International Festival, Inc., and last weekend marked its 28th year in operation. It has grown from the first festival in 1989, a blend of Japan Fest and the Ethnic Folk Festival funded primarily by city grants, to an independent event supported by ticket sales and corporate sponsorships. It incorporates elements of organizations and local businesses from all over Bowling Green, making it truly a collaborative event. It is staffed predominantly by volunteers, whose tasks ranged from operating the admission gates to aiding in waste removal services.

From the families who had been coming since the festival’s opening to the immigrants who saw part of their homeland reflected in the performances and art displays, it was evident the people in the community of Bowling Green saw the value in the festival and appreciated the opportunity to immerse themselves in such an assortment of experiences.

“I do feel that it makes people more aware of different cultures,“ Anna Zaitseva, a Fulbright Language Teaching Assistant for Russian language classes at WKU, said. “Bowling Green isn’t a big city, and it’s kind of surprising to see how many cultures we have here. It’s important that we all come together.“

The festival is the epitome of a family event, with children and dogs running from booth to booth and taking in the sights, scents, and sounds of all that occurred.

The event brings together people whose roots trace back all the way around the globe to share their cultures and lifestyles with others. That’s an invaluable and unusual opportunity in a town of only 60,000, and one festival guests appreciate immensely.

“It exposes people to a lot of cultures that they’re not really exposed to, that they might not realize are present in everyday society,” said Caden Dosier, festival volunteer and a junior at Gatton Academy.

The festival also serves to build a sense of community and camaraderie by creating an atmosphere in which diversity is both acknowledged and valued, and people are willing and excited to learn about ethnicities, cultures and nationalities outside the realm of their own experience.