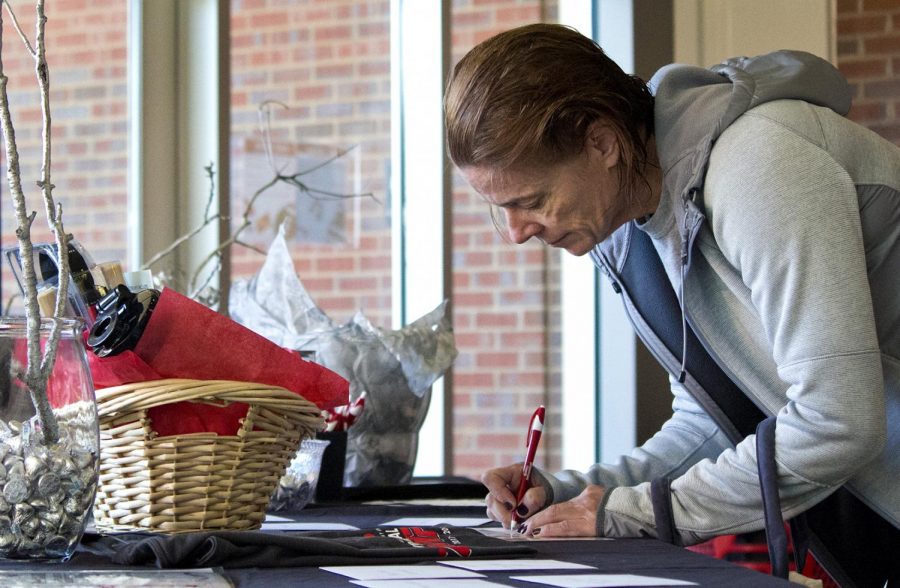 In commemoration of the Raymond B. Preston Health and Activities Center’s 25 years of service, the Preston Center hosted its Membership Day Wednesday, in which anyone could access its facilities for free. Prizes like free basic fitness assessments, free ORAC rentals, free 30-minute massages and commemorative t-shirts were also drawn.

Membership Day was primarily a day of appreciation for current full-time students, but served to educate non-students about Preston’s various programs and job opportunities as well.

“We designed it to educate what we have to offer here and how to take out memberships and how to become more involved in our programs,” Sims said.

“We have a large amount of student employees . . . We really focus on a lot of student development here,” Arnold said, discussing the relevant job experience many Preston Center positions have to offer.

Along with calling attention to Preston’s offered programs, Membership Day is intended as a precursor to Preston’s eventual Phase Three project. Phase Two was completed in the spring of 2010 with the creation of Preston’s revamped fitness center.

Phase Three hopes to feature a rock-climbing wall and outdoor recreation center for students, Sims said. Though no official construction dates are finalized, the project is underway and in a planning stage.

Sims noted Phase Three would be centered around student interest, which she said has always been of utmost importance to the Preston Center.

“It’s all going to be focused on what students want,” Sims said. “In the 25 years that I’ve seen that Preston’s been here, that has been our top priority . . . student engagement.”

“We work very well together,” Sims said. “My co-workers and the students are what makes it great.”

After 25 years as the heart of health and fitness at WKU, the Preston Center is still advancing and working to best serve its members.