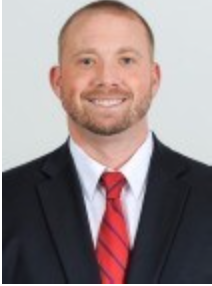 Dartt was originally diagnosed with vertigo after he noticed some balance and dizziness issues through the first six weeks of the season, according to Sanford. At the request of the team athletic trainer Bryan Schneider and Dartt’s wife Jan, Dartt had an MRI that revealed two brain tumors and had a successful operation a few days after the MRI results.

“Thanks to the good Lord above and Brian Schneider … as well as coach Dartt’s wife Jan who is a physician’s assistant, they had a good plan in place to get an MRI. He found out on a Tuesday that the MRI revealed there were two brain tumors,” Sanford said.

Sanford said that Dartt has been recovering from the surgery ever since and will ease back into coaching this season, taking it day by day.

“Talk about a tough guy, he coached through that and had some major major issues from a health standpoint,” Sanford said.

Dartt, who will be 34 in December, is in his first year as a coach on the Hill. Dartt was an offensive lineman on three Division III national championship teams at Mount Union in Ohio. He began coaching at Wheaten College in Illinois and remained there from 2008-2011 until becoming the offensive coordinator and offensive line coach at his alma mater from 2012 through last season.

Sanford said that Dartt was at the football facilities on Sunday for the first time since his surgery. He is expected to get more information about his recovery process this week.

“It was awesome to see him and I didn’t know how his state would be after such significant surgery but he was back and ready to get into the run game and talk [pass block] protections,” Sanford said.