Dean of College of Education to retire after 28 years 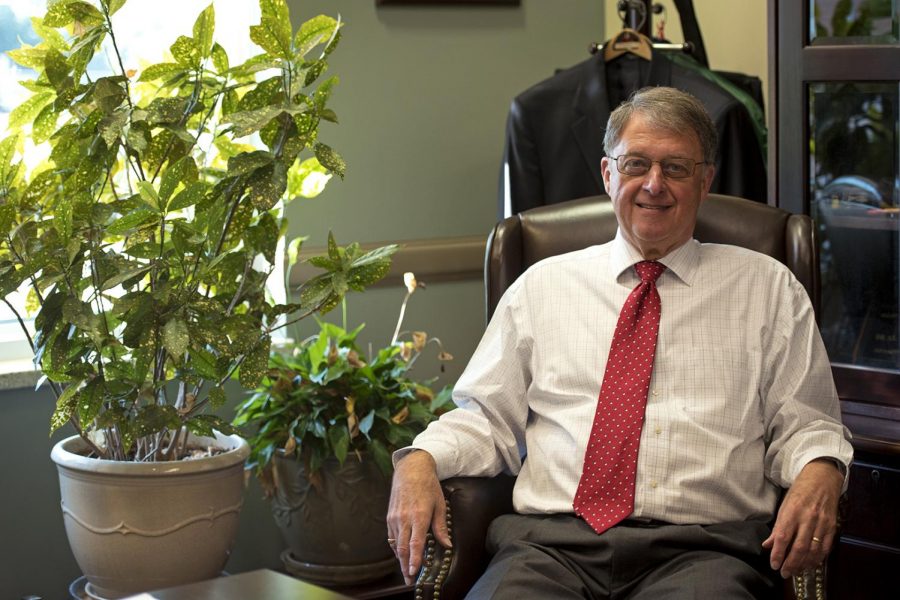 After 27 years at WKU, Dr. Charles S. "Sam" Evans, the dean of the College of Education and Behavioral Sciences is retiring or, as he likes to put it 'transitioning to a new career'. "Anytime you make a change, you're going to miss the work you do," Evans said. Throughout his career, Evans has received many honors but he doesn't let anyone give him all the credit. "My role is helping to ensure success of the students," he said. "It's not about me." Evans points to his parents and mentors for helping achieve many of his accomplishments and to WKU for many of the opportunities that he has been afforded. "It's been an extremely rewarding career for me," he said. "I plan to stay connected. I enjoy what I do and the people I work with, primarily the students."

After working at WKU for 28 years, the dean of the College of Education and Behavioral Sciences will retire after this year.

Sam Evans began working in the College of Education and Behavioral Sciences in 1990, as an associate professor for secondary education. He became the assistant dean of the college in 1993 and the interim dean in 2003, before accepting the position of dean in April 2003.

Evans said the College of Education has gone under numerous changes during his term, but gives much of the credit to the faculty, staff and students. Two doctorate programs were developed under Evans’ deanship: doctorates of psychology and education.

“We’ve developed and implemented programs that are making a difference,” Evans said. “They’re helping our graduates and the work they do in their chosen profession.”

Along with the development of new programs, Evans described the college as a success because of their focus on students. He said one positive change he has noticed has been the transition of WKU from a teacher’s university to placing a greater importance on research scholarship.

“Your engagement in scholarly activity enhances your skillset and knowledge, related to your teaching,” Evans said.

Jill Duba Sauerheber is a professor and department head of Couple and Family Counseling within the College of Education. She has worked with Evans since 2004.

Sauerheber said Evans has been a huge proponent of creating programs that meet the needs of the community, whether with mental health or education, both in Bowling Green and around the state.

“He is a man of integrity,” Sauerheber said. “He has supported me through my professional endeavors, and I’ve been honored to work with him. He will truly be missed.”

Although he will be retiring at the end of this year, Evans says he is excited for the small overlap he shares with new president Timothy Caboni. At the president’s convocation last Friday, Caboni frequently referred to WKU as a “student-centered, applied research” university.

“I was very pleased with Caboni’s comments related to student success and applied research,” Evans said. “It’s absolutely correct in terms of movement, because the big world is changing.”

Evans said he hopes diversity will also play a larger role in the future. He said he believes in the importance of graduating students who understand other cultures on a level where they can appreciate the culture.

“It boils down to impact,” Evans said. “The impact our graduates are making in their chosen careers. It has to be in a way that helps those individuals grow.”

Evans will officially retire June 30, 2018, but has requested transition status to continue his relationship with WKU. He also plans to write and possibly consult, but says his biggest priority will be to spend time with his family.

“I have three young grandkids,” he said. “They’re important in my life and I want to spend as much time with them as I can.”