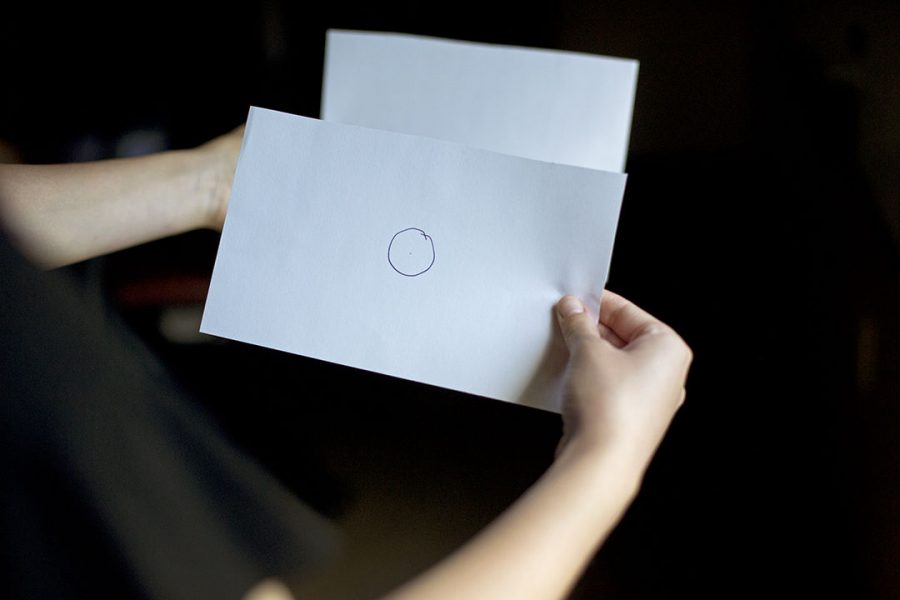 This paper method involves the same method as the foil method, however this method only includes one pin hole instead of multiple. Then viewing the eclipse on the second sheet of paper.

It was March 2016 and WKU Hardin Planetarium Director Richard Gelderman and a group of other faculty and students went house to house looking for a colander in Indonesia, asking in their poorly accented Indonesian along the way.

When they found a colander, they allowed light to shine through its holes, and the results were crescent images of the partially eclipsed sun overlapping each other like fish scales.

“It is my favorite picture of everything we did in Indonesia,” Gelderman said.

Everyday objects like paper, aluminum foil, boxes, leaves and other materials can be used to create makeshift eclipse viewers using the pinhole method.

Gelderman said solar viewers will provide the best experience, but “if you’re clever and bored,” there are creative ways to view the eclipse using the pinhole method during the partial eclipse, as the partial eclipse will last over an hour.

According to Gelderman, you can create art out of pinhole viewers by spelling out words or creating pictures out of pinholes on a piece of aluminum foil or paper and allowing light to stream through, preferably onto a smooth, unblemished surface, to create an image out of the crescents. Crisp, small pinholes will create the sharpest image.

Even nature itself can be an eclipse viewer. The light coming through the trees during the partial eclipse will become an eclipse viewer of sorts as the light streams through the leaves and creates crescent shapes on the ground, Jonathan Adams, a visiting professional-in-residence for the School of Journalism and Broadcasting, said.

According to Theo Wellington, Eclipse Planning Coordinator and NASA Solar System Ambassador, mreclipse.com is a good resource to learn how to create pinhole viewers.

Wellington is working part time at WKU planning for the eclipse while working on outreach to schools.

“I’ve been told that to look up and see that absolutely black hole in the sky where the sun used to be, surrounded by the corona, is just the most awesome sight a human being can see,” she said.